A team from Peace Boat Disaster Relief (PBV) set up a base in Iwaki city, Fukushima to support those affected by Typhoon Hagibis (No. 19) on October 2019. A wide range of relief activities have been implemented by PBV since October 14. Some of the activities have been completed while other projects have been handed over to the local residents. The PBV base in Iwaki was closed at the end of March, but we will continue our relief efforts through regular visits. Through PBV, 175 volunteers participated in various activities over the course of 170 days. Taking this opportunity, we would like to thank all the volunteers for their hard […]

In response to the disasters caused by the torrential rains and flooding in widespread areas of Western Japan in early July 2018, the Peace Boat Disaster Relief Volunteer Center has been working to support the locals in Mabicho and surrounding areas. The relief effort started with a damage assessment by the dispatched expert staff members to identify the needs of the local residents, then moved to diverse support activities, ranging from hot meal distribution, assistance in evacuation center management, house cleaning, support for the operation of the volunteer center, community rebuilding and photo-cleaning. Hundreds of volunteers joined the PBV from all over Japan and overseas, relaying a baton of willingness […] 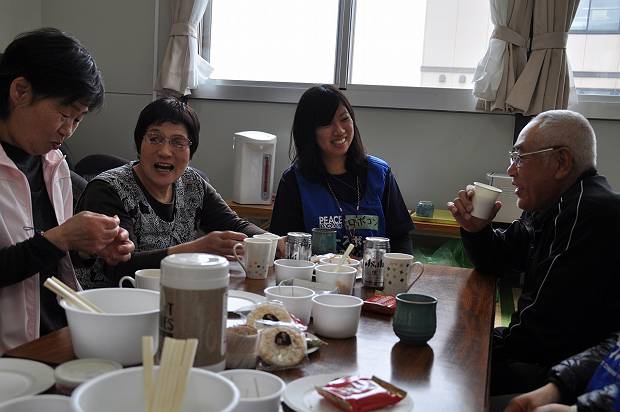 Peace Boat has been providing support to residents of temporary housing including publishing a community paper, cultivating vegetable gardens, making benches and planters, and more. Communicating with the residents is one of the most important things in understanding the needs for such projects.
This is a report on “Ocha-kko (tea parties)” which Peace Boat has been organizing as a space for communication more than 600 times throughout the different communities of temporary housing in the city of Ishinomaki. 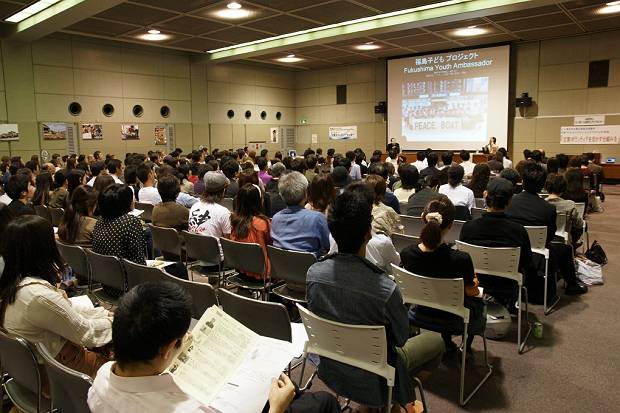 On October 13 the “Report on emergency relief efforts 7 months on from March 11 – ‘Creating a system to utilize volunteers’” report session was held at the JICA Global Plaza in Hiroo, Tokyo. Many guests attended the event including people who came all the way from Ishinomaki. This report covers the report session which included information from the mid-term report.
Approximately 500 people including, including representatives of media organisations, embassies and corporations, attended the event at the JICA Global Plaza. Many of the individual participants were people who had experience as volunteers in Ishinomaki and there were joyful reunions here and there prior to the commencement of the event.

The Japanese language mid-term report for the Peace Boat Disaster Relief Volunteer Centre’s activities between March 11 – August 30 is now available.
We hope that all those who have been involved in supporting the relief and recovery activities until now will find this information useful.
The English language report will also be available online shortly.

Peace Boat will be holding a special event on October 13, reporting and looking back on the activities in the 200 days since the Great East Japan Earthquake and Tsunami, and announcing the launch of the Peace Boat Disaster Relief Volunteer Leader Training Programme. This programme will train people in disaster relief skills to ensure that the effects of future disasters can be mitigated. Please join us to learn about our work, our future goals, and to connect with other Peace Boat supporters. 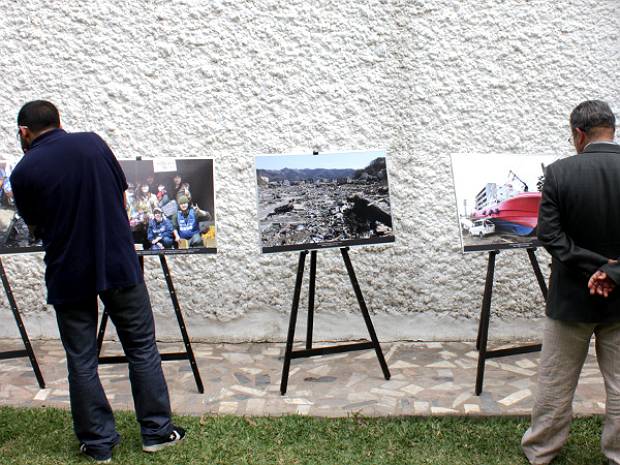 An exhibition of photographs from areas affected by the 2011 Great East Japan Earthquake & Tsunami was conducted during Peace Boat’s 73rd Global Peace Voyage (April 24, 2011 to July 12, 2011). Volunteers and staff members who had volunteered in Ishinomaki immediately after disaster struck joined Peace Boat as it traveled on its journey around the world to visit 19 ports around the world.

The photo exhibition was called “Standing Together! Standing Stronger!” and was developed with the aim of showing people the situation in the disaster-affected areas and to communicate Japan’s appreciation to all of the people and countries around the world for their support.

Ganbatte 360 is a project which aims to visually document and disseminate information about the rebuilding process following the March 11, 2011 earthquake and tsunami. They have created a series of 15 second-long videos which explain the work that Peace Boat is doing. The videos can now be seen on our website here.

The Nigerian Community living in Japan raised over 2 million yen in donations, designated to be sent via Peace Boat to support the purchase of necessary items for temporary housing in Onagawa, Miyagi. On July 24 at the Peace Boat Disaster Relief Volunteer Centre in Tokyo’s Takadanobaba staff and volunteers involved in the relief efforts will gather and report about the activities. 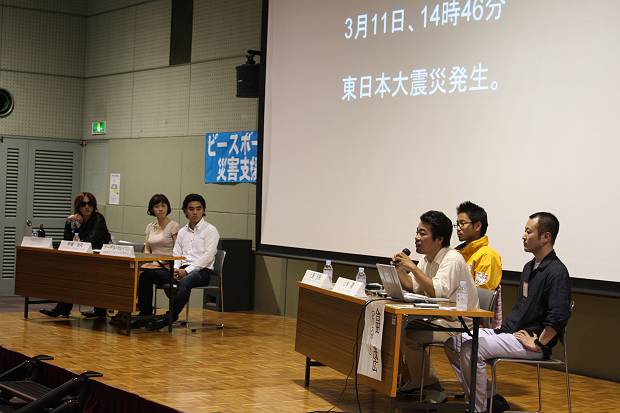 On June 12 (Sun), just over three months since the earthquake and tsunami, Peace Boat held an event in Tokyo to reflect upon the relief activities of the past three months and consider next steps. This report tells of the efforts of volunteers, including international and corporate volunteers, in Peace Boat’s efforts to support emergency relief and the recovery of Ishinomaki.