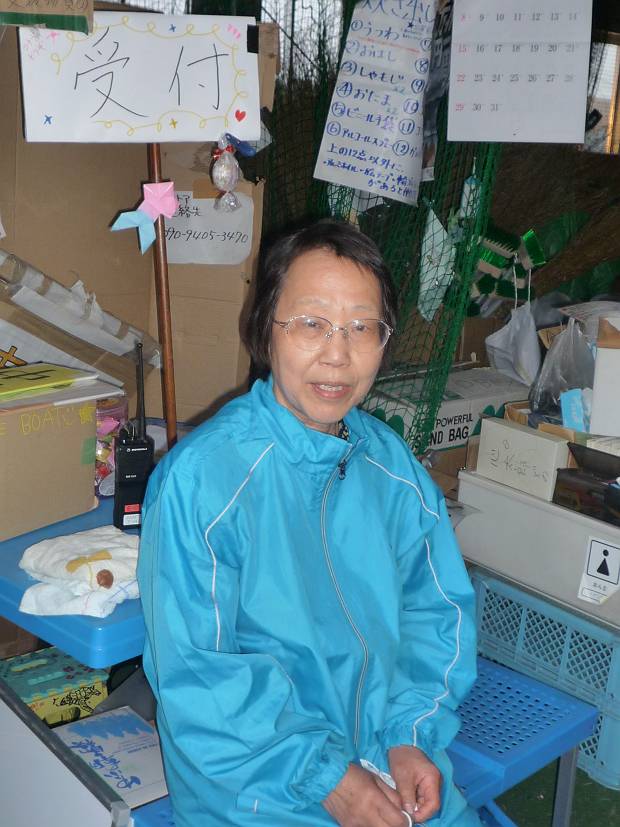 Volunteer Shibata Ayako lost much of her family in the tsunami. “To understand what the survivors are having to go through. As a volunteer you are in a certain position that is ‘apart’ from the survivors…I feel it is important to bridge this gap.”