For this interview we will be talking with two current PBV staff members. 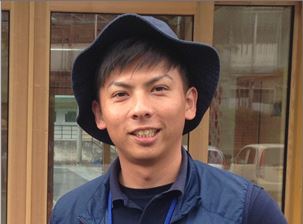 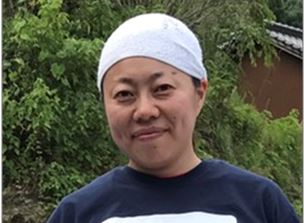 Where and what were you doing at the time of the Kumamoto earthquake?

KUMON: My hometown is in Saga Prefecture. I always thought that an earthquake would not occur in Kyushu. On that day, I happened to be at a theme park in Tokyo. When I learned about the Kumamoto earthquake on TV in my hotel room, I could not understand it immediately, and I did not feel like it was real. But I felt it was not something to be taken lightly. I quickly got in touch with my family and friends and remember clearly feeling relieved when I was able to confirm everyone’s safety.

OSHIMA: Just three months before the earthquake I had gotten married with my Guinean husband. We had just finished going through the complicated paperwork process, and things were just settling down when the earthquake happened. While watching the media coverage of the scale of the damage of the Kumamoto earthquake, I was talking about Japanese natural disasters with my husband and he said, “I do not know about evacuation centers”. While praying for the safety of the people of Kumamoto, this event was a catalyst for me to think about the future of my family and disaster prevention.

KUMON: The first time that I was involved with a disaster stricken area was when I participated in a week long fishing village study program in Ishinomaki city in Miyagi prefecture in 2015. A fisherman I met there told me, “Although the disaster robbed us of much, it also gave us the chance to meet many people.” I was always hesitant to go to disaster areas, but he made me think that even for someone like myself who cannot do anything, even just going to meet the people may benefit them.

I remembered his words at that time and decided to apply as a volunteer after the Kumamoto earthquake. The main activity that I was involved in was leading the team that provided food support and delivered hot meals with plenty of vegetables to evacuees.

OSHIMA: I saw the daily news coverage and I thought that maybe there was something that I could do. One of the main reasons I decided to take action, was when I got a call from a friend who had already participated as a volunteer. It was really impactful when he told me, “We need helping hands and they explain everything carefully so you won’t be a burden.” On site, we cooked and delivered meals on a daily basis, and we cleaned houses on other days.

Please tell me what left the biggest impression about the disaster relief activities surrounding the Kumamoto earthquake and what is important to you now.

KUMON: Until I went to Kumamoto, I did not know the first thing about being a volunteer. I did not know anything and I worried a lot about how to interact with the people affected by the disaster. I kept on working while continuing to worry, then one day I met an elderly woman in the smoking area in the evacuation shelter. I knew her face but had never spoken with her. I said to her “It’s nice weather,” and it started a really fun and easy going conversation. I realized it was me who had been making things difficult, it’s not about being a disaster victim and volunteer, we should interact on a person to person level. I stopped working myself up. Even now I remember this feeling, I still think it is really important to have an even footed relationship with those you are interacting with.

OSHIMA: One of the people whose house we were cleaning said, “There were a lot of depressing things that came from the disaster but thinking about all of the volunteers that came from across the country, I am very encouraged and I can become positive. ” That left an impression and stayed with me.

Because I like people, I do not only aim to clean up efficiently but I really care about communicating with the residents. I am committed to making sure that each encounter and the time spent together can be filled with warmth.

What are your current responsibilities as a staff member of PBV?

KUMON: At PBV, we are constantly establishing relations with various organizations in order to prepare to be able to provide smooth support in the case of a disaster. As the secretariat, I am currently in charge of preparing and coordinating the “National Forum for Disaster Cooperation” organized by Japan Voluntary Organizations Active in Disaster (JVOAD) on June 12 and 13. I will do my best to make sure many people can make better connections. Also, in the event of emergencies, there are many times where I am on the ground providing support, so there may be occasions where you take care of each other in the field.

OSHIMA: Currently, I mainly engage in disaster prevention and reduction related work as well as am in charge of general affairs relating to requests that come to PBV for lectures about disaster education. I previously worked for the Japan Self-Defense Force. My last assignment was to the Japan Air Self-Defense Force Matsushima Base which was destroyed by the tsunami after the Great East Japan Earthquake. At the time, when I was dispatched as part of the disaster response team, I heard many of those who had lost family members say things like “They might have been able to save themselves if they knew (about disaster preparedness).” In order to reduce the number of bereaved families thinking ‘If they knew they could have been saved’, I decided to learn as much about disaster prevention education as I can.

Lastly, what is your message for everyone who supports disaster relief activities through PBV?

KUMON: When doing disaster relief work, I truly feel the necessity of the strength we gain from volunteers. There is a limit to my own strength, and there are times that I could not help giving up. I myself worked at a company, so I can understand the difficulty of participating as a volunteer and using holidays. Moreover, I have experienced personally that even if you are unable to go to the affected area yourself, it gives strength to those in the affected area when they know people are thinking of them.

PBV’s work is made possible thanks to the volunteers who rush to the affected areas as well as the individuals and organizations who support the financial aspects including support members, donations and subsidies. Recently earthquakes are occurring more frequently, and wind and flood damage occurs in many areas during the summer. In order to mitigate the damage even a slight bit more, quick emergency response is necessary. We appreciate your continued support and cooperation.

Thank you for your cooperation in supporting disaster areas and victims through PBV’s work.
Become a donating “Support Member” here.
OSHIMA: Thank you for your continuous support. I hope to give back to you all by going about my daily work sincerely with the confidence you have entrusted in us. I gained various experiences working in places including companies, the JSDF and NPOs. In times of disasters, I feel that it is very important to divide the roles of each sector in order to utilize each sector’s special skills and characteristics. To that end, making connections, learning and preparation before disasters strike is very important.

I want to live a life full of laughter with everyone, trying to reduce the amount of sadness and suffering even if it is just a bit. We hope to continue moving forward together. 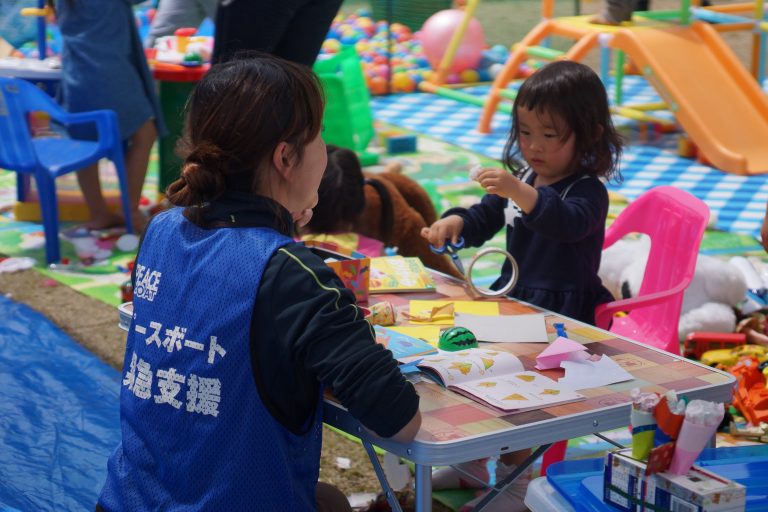