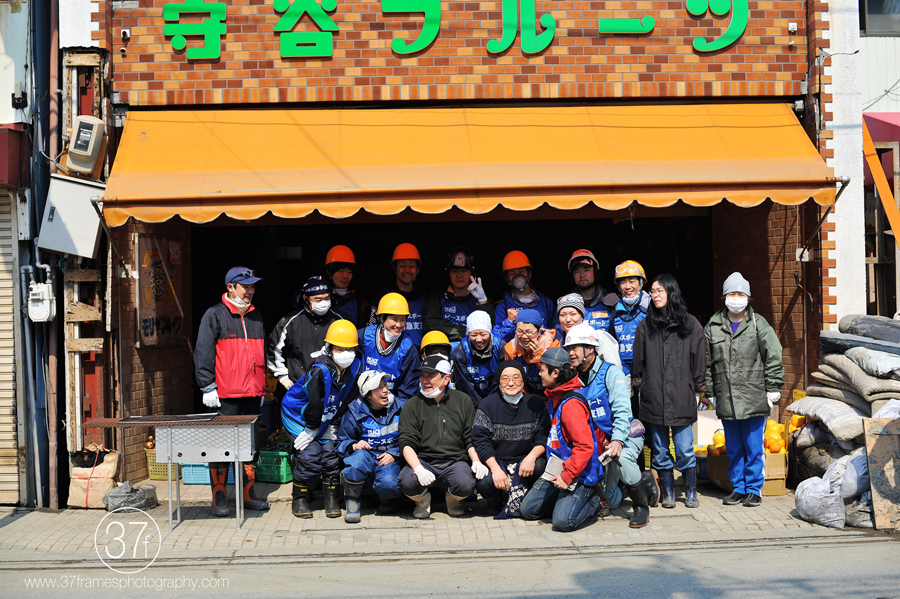 Exactly one month and two days since the earthquake. The Moriya Fruit and Vegetable Store,  which has been providing Ishinomaki residents with quality fruit produce for the last 80 years is now open for business again. Located on the high street just by the Ishinomaki City Hall, it is is the first shop to re-open after the disaster. 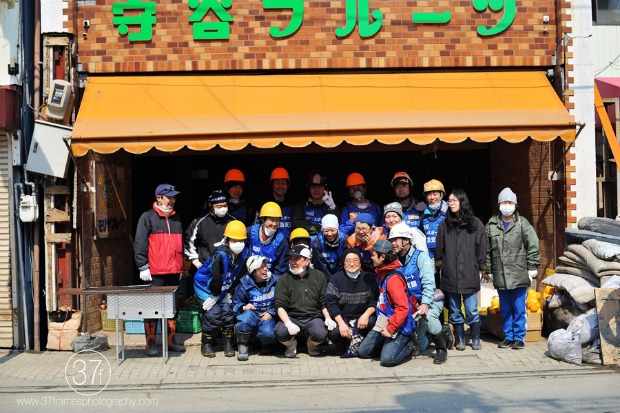 To mark this occasion the proprietors held a seafood barbecue for customers. The menu consisted of more than 1000 pieces of mackerel, saury, and squid charcoal grilled to perfection, all free of charge. It was very popular, bringing the throng of human life, which has been absent for so long now, back to the high street again. 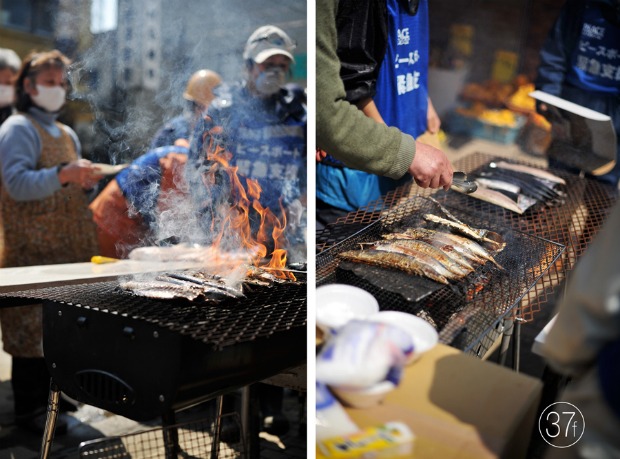 Peace Boat volunteers were also present, and found the event to provide some much-needed affirmation amidst all the remnants of destruction.  Some poignant scenes were witnessed too, as friends, family and neighbours who had not been able to contact each other since the quake were re-united at the barbecue.

“With the road to recovery being so long, it seems that many people are succumbing to despondency now…therefore we felt it was doubly important to re-open our shop as soon as possible,” said the proprietor.

In fact, the re-opening of the shop was coordinated in cooperation with Peace Boat volunteers. Aiming to re-open the shop exactly one month after the quake hit, 3 groups of 15 volunteers made their way down to the shop daily to carry out mud and debris removal, and other cleaning procedures. (In fact, the back of the shop was still covered in mud and debris at the time of the re-opening, illustrating how long and arduous the task of clean up is). 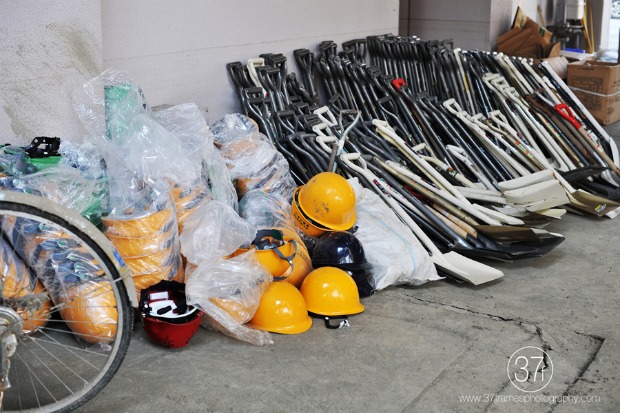 The proprietor went on to say, “The effects of the tsunami in this part of town was particularly devastating. I was despondent too, to be perfectly honest. However, seeing the efforts the volunteers put into the clean-up operations acted as an impetus for us. We wanted to re-open our shop and do it fast!”

The fish and seafood used for the barbecue came from a colleagues’ home freezer (which had miraculously survived the tsunami). 1000 frozen pacific saury, 500 horse mackerel and 300 frozen squid were all donated to commemorate the grand re-opening. A ‘Chindon-Ya’ band (a kind of traditional Japanese mariachi band) was present to provide musical entertainment and cheer spirits.

Bananas, citrus fruit, shiitake mushrooms and tofu…the procurement of produce for sale was of course not as simple as it usually is, but the proprietors worked very hard to get as many items as possible on their shelves.
The produce on sale was only a portion of the full array available usually, and the shop is in effect only ‘half-open’ (because the back portion of the shop is still in disarray) but this re-opening was a victory nonetheless, the long queues of eager customers was testament to this fact. 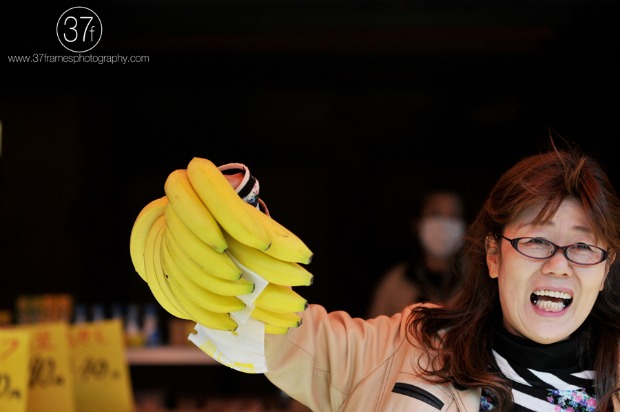 Excited conversation abound…”I haven’t eaten fish for such a long time!”…”How delicious!”…”It’s so good to see activity here again, it’s life-affirming”…survivors of the quake re-connected with their own community.

“I am truly honoured to have been able to help out today” says a Peace Boat volunteer involved in the clean-up of the shop and who helped to barbecue on the day.  “I saw school friends being reunited for the first time since the quake, everyone was smiling, and it really was so moving to be there…I felt like our efforts as volunteers was actually bearing fruit, and I felt very proud to have been involved in this process.”

“Absolutely no commercial activity has taken place in Ishinomaki since March 11, and I think the re-opening of the Moriya Fruit and Vegetable Store is the most significant event in the month that I have been here,” said Ueno Yoshinori Ueno, one of Peace Boat’s coordinators in Ishinomaki.  “Removing mud and debris day after day, and still not able to see a goal in sight… the feeling of hopelessness can be overwhelming at times. However, with the re-opening of this store, we and everybody in Ishinomaki can see that the goals are not insurmountable.”

200 new volunteers arrived in Ishinomaki last weekend. There is still a lot of work to be done. 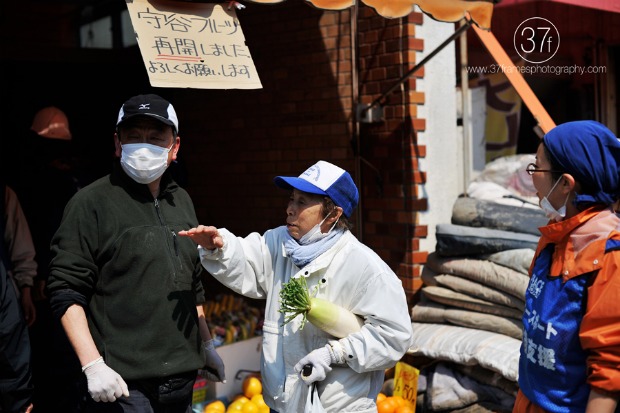