On July 25th, the Wakashio, a cargo ship owned and operated by a Japanese company, ran aground in the Indian Ocean off the coast of Pointe d’Esny in southeastern Mauritius. The accident caused fuel from the ship to begin leaking out into the surrounding coral reefs on August 6th, resulting in over 1000 tons of oil polluting the nearby waters and coast lines. The Mauritius government has declared a ‘state of environmental emergency.’

It is believed that the impact this incident will have on the ecosystem will last for decades, and that long-term relief efforts will be necessary for the enviro 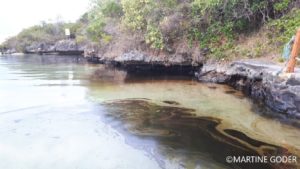 nmental recovery. Apart from the main island of Mauritius, the pollution has spread to Aigrette Island off the Pointe d’Esny coast, threatening the survival of many rare and endemic plant and animal species that live there. Not only has the spill damaged the country’s main industries of tourism and fishing, but the gas that is emitted from the leaked oil also raises concerns for the health of the local residents. This tragedy is taking place at a time when a decrease in tourism revenue due to COVID-19 is already striking a huge blow to the economy, and is adding to the severe damage to the livelihoods of the locals.

In order to support the environmental recovery efforts in Mauritius, Peace Boat Disaster Relief (PBV) has launched a fund-raising campaign for emergency relief. Donations will be used to support the activities of the Mauritian Wildlife Fund  (MWF) and other local organizations working towards nature conservation. We thank you for your kind consideration. Please see our homepage and Facebook page for updates on activities carried out by MWF. 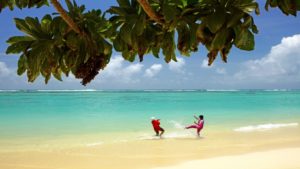 Mauritius is a small island nation about the same size as Tokyo, with a population of approximately 1.3 million. Mauritius is known for having one of best beach resorts in the world. The south-eastern part of the main island, where the ship ran aground, is particularly rich in nature, containing two protected areas under the Ramsar Convention, an international agreement for the conservation of wetlands. The region is a popular spot for eco-tours with a rich variety of flora and fauna including birds, reptiles, coral reefs and mangrove forests. Since 2013, PBV’s sister organization, NGO Peace Boat, has made frequent calls to Port Louis, the capital of Mauritius, coordinating exchange programs and sightseeing tours during their visits to deepen passengers’ understanding of the rich biodiversity of Mauritius and its efforts to protect the environment.

Immediately after the oil spill, local volunteers worked hard to collect oil using oil fences made of hair and sugarcane leaves. Local governments, international organizations, experts from France, Japan, India, China and other countries along with local NGOs have been working together to restore the environment.

Mauritian Wildlife Foundation (MWF) is a leading non-governmental organization that conducts environmental conservation activities, eco-tours and environmental education programs in Mauritius. MWF has been committed to the conservation of wildlife on Ile aux Aigrettes (Aigrette Island) and protecting rare and endemic s

pecies that no longer inhabit the main island, including Mauritius Fodies, Olive White-eyes, Pink Pigeons, Telfair Skinks, Guenther’s geckos and Aldabra tortoises. From the first day after the oil spill was confirmed, MWF has been involved in a wide range of activities, including pumping out the oil, collecting contaminated oil fences, conducting pollution surveys, and relocating rare species from Aigrette Island by utilizing the boats they typically use for eco-tours.

Your donations will support mid to long-term environmental restoration efforts, biodiversity conservation, and the livelihoods of those affected in the contaminated areas through the MWF and local environmental organizations. Please visit our donation page and find out how to contribute to the recovery efforts.