The final performance of Fukushima & Venezuela Music Youth Ambassadors was held on August 18 at  Tsuda Hall in Tokyo. Approximately 450 people, including family members and other guests of the Fukushima TV Junior Orchestra, people connected to the Venezuelan Embassy, and evacuees from Fukushima who live in the Tokyo area, participated to see the children perform.

The concert begins: the Fukushima and Venezuelan youth begin the performance that is the culmination of all their practices on the boat. 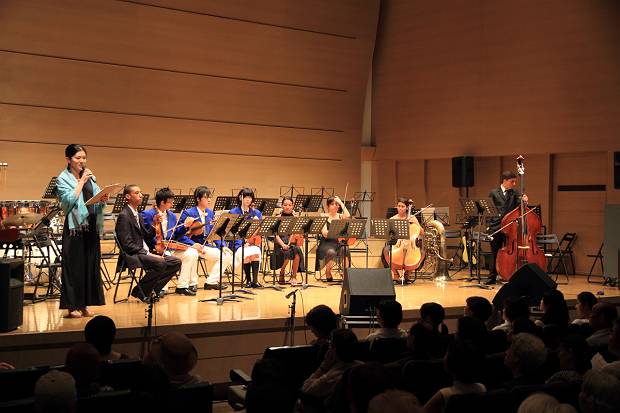 A moment of nervousness: they breathe, looking at each other, pick up their bows and begin. The performance starts without a hitch. 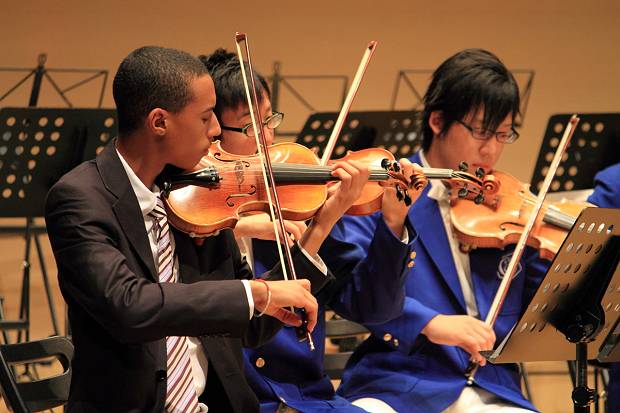 With each group only speaking either Spanish or Japanese, both the organizers and the youth themselves wondered at first how they were going to communicate. But such concerns and worries were swept away by the power of music. 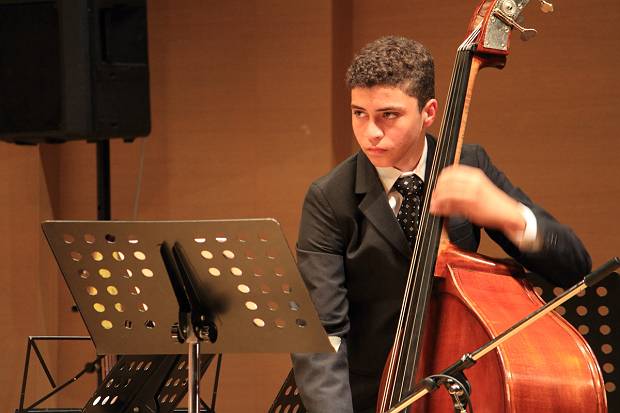 We still cannot forget that moment during the first practice, when even though they could not communicate through words, their instruments played music beautifully together. Since then they have practiced many many times.  There were times when there was mis-communication due to differences in opinion and culture. When disagreements arose, they compromised and worked together until they created something they all agreed on. And that sense of compromise was clearly obvious during this performance. 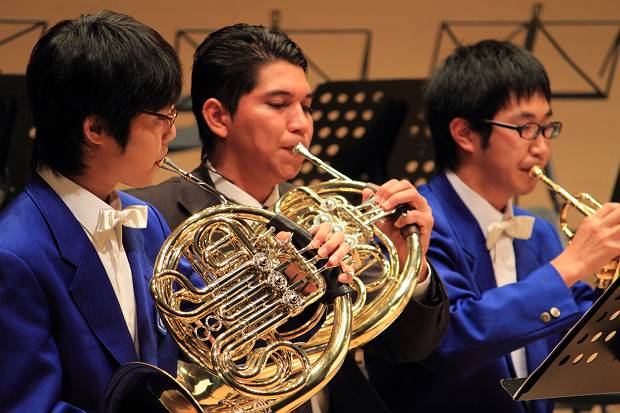 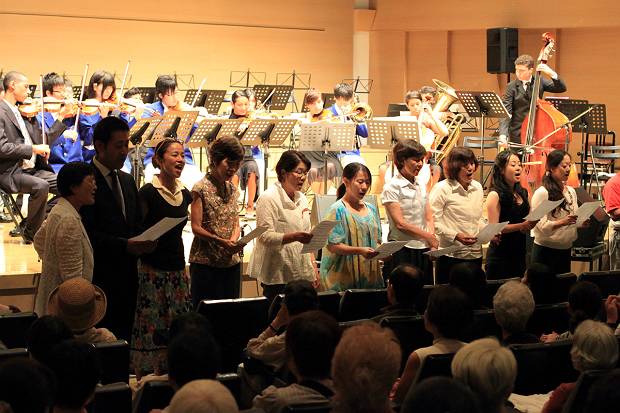 The youth are overwhelmed with all the clapping. The parents of the youth from Fukushima look on with joy. This is the final part of their performance. Performing all together! 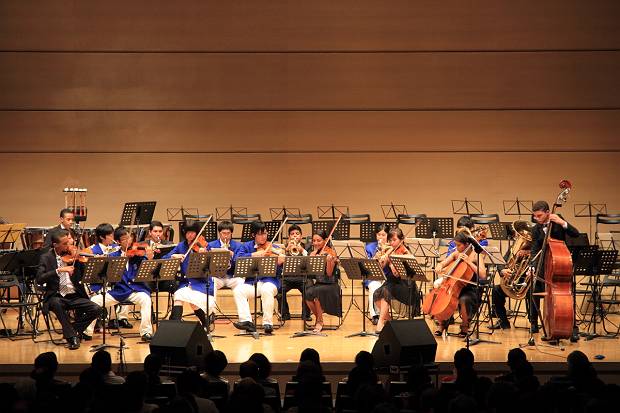 Splendid! Fantastic! They surely made this performance the best one ever. Certainly, this will be a big step in their lives. Just between ourselves, let’s look at their smiling faces just after the performance! 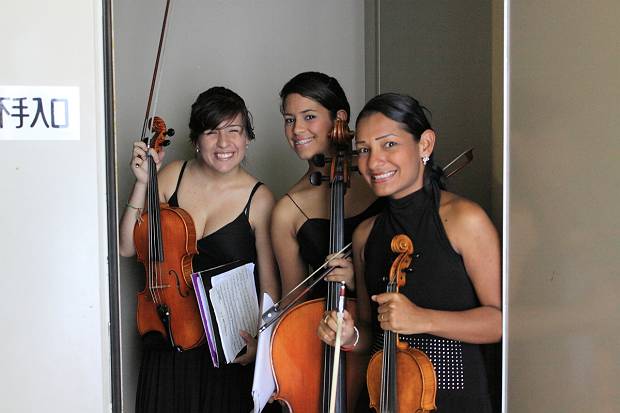 They have a proud look showing, “We made it! Didn’t we?” showing such genuine enthusiasm. 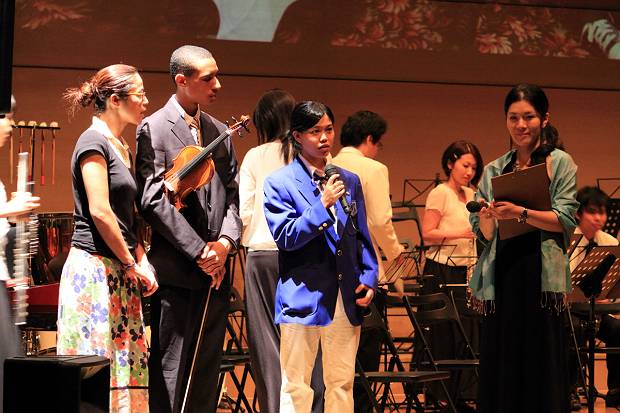 The voice and words of Kato Tokiko made our souls shiver. 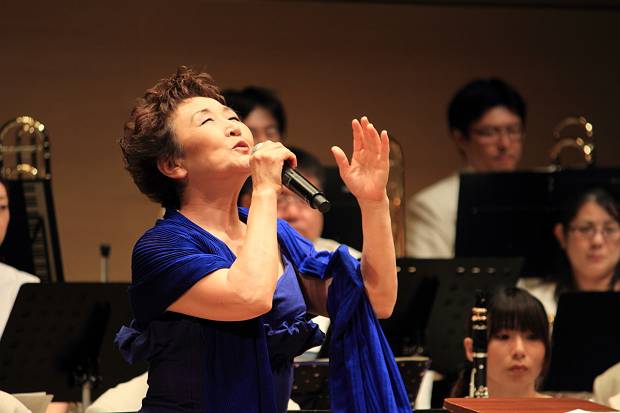 Many in the audience were moved to tears by Dr Kamata’s story. 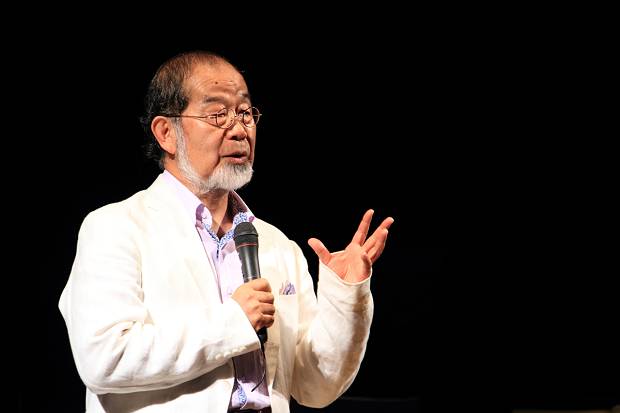 What is happening in Fukushima right now? The situation is constantly changing, and the children are still living in these circumstances.

This does not just concern “other” people, and it is not something that has been resolved yet at all. It must not be forgotten.
This was a time for deep reflection.
Look at the great smile on the youth – it certainly gave them much courage. 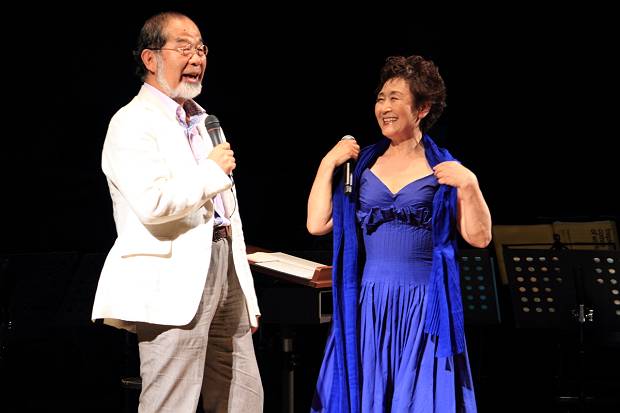 Moreover… Ms Kato responded to the call for an encore, interpreting her famous song “One million roses”. We never thought that we would hear this song live-  it was a very special surprise.

And now the last part of the concert. The grand finale with all the performers. 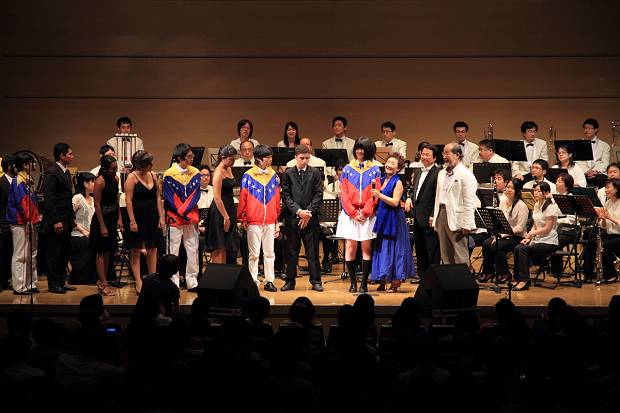 The youth of Fukushima, the youth of Venezuela and the members of the NTT East Japan Tokyo Brass Band, together with Ms Kato and Dr Kamata – becoming one, together with all of the audience also, singing the song “Ai Love Peace”.  (“Ai” means “love” in Japanese) 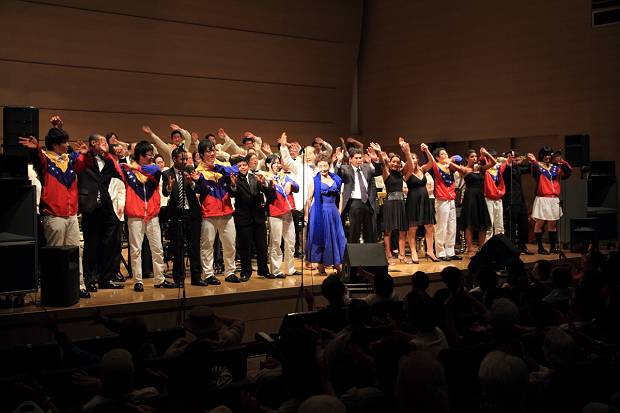 No one is nervous anymore – all present were in unity, moved by the music. Looking at the boys’ smiley faces it is clear at a glance. 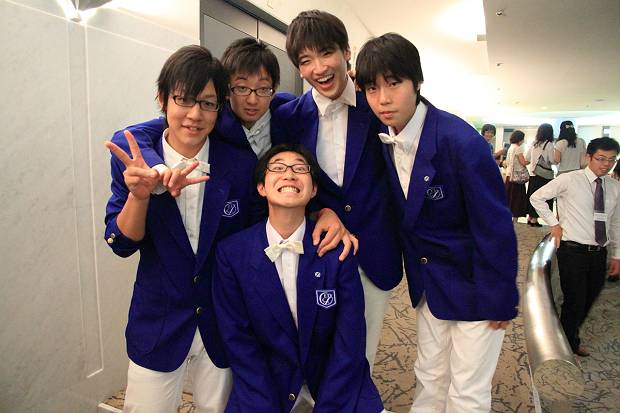 After the concert, many people lined up to get an autograph from the special guests Kato Tokiko and Kamata Minoru.

Indeed, this concert was possible only because of collaboration by many great people.
Our most sincere thanks go to Ms Kato Tokiko , Dr Kamata Minoru, all the members of the NTT East Japan Tokyo Brass Band, the volunteer staff and all the audience that honored us with their presence. And, most of all to the Fukushima and Venezuela youth ambassadors!
Today was a truly memorable day in the life of the youth of Fukushima and Venezuela. We hope they will take their achievements and experiences back with them to their homes and spread them to the people around them. Wishing from the bottom of our heart that it will transform into a source of great vitality for their future. 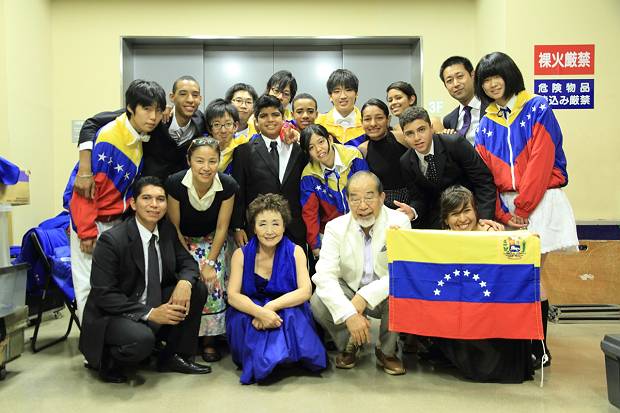