Cyclone Idai struck southern Africa in mid-March, causing devastation across Mozambique, Zimbabwe and Malawi. Despite little international news coverage, the United Nations has described it as “one of the deadliest storms on record in the southern hemisphere”.

To date, the disaster has claimed over 1,000 lives and affected more than 3 million people across the region. Tens of thousands of people are displaced and staying in temporary camps, and over 300,000 homes were destroyed. Furthermore, the destruction of critical infrastructure and other impacts have led to the spreading of illnesses such as cholera and malaria. Emergency humanitarian support for survivors is now an urgent task.
In response to this crisis, PBV has dispatched an advanced team to Mozambique, which was particularly affected by the disaster, to conduct a rapid assessment and commence emergency relief operations.
Peace Boat has visited Mozambique on its global voyages several times. In 2015, in collaboration with the UN Office for Disaster Risk Reduction (UNISDR), a group of youth representatives from Africa (including from Mozambique) joined Peace Boat’s voyage for a capacity building programme on disaster risk reduction and resilience.

PBV will continue to work closely with UN agencies, government, NGOs and local partner organisations to provide immediate assistance where it is most needed.

We have launched an emergency relief fund to support these activities, and thank you in advance for your generous support. Updates on relief activities will be shared in English and Japanese on PBV’s website and Facebook page.
English-language Donations Page: https://pbv.or.jp/en/donate/2018_mozambique/
PBV Facebook Page: https://web.facebook.com/PBVsaigai/ 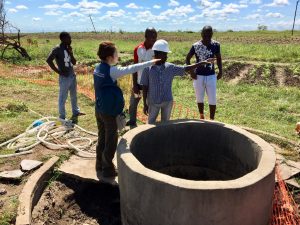 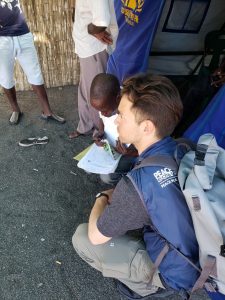