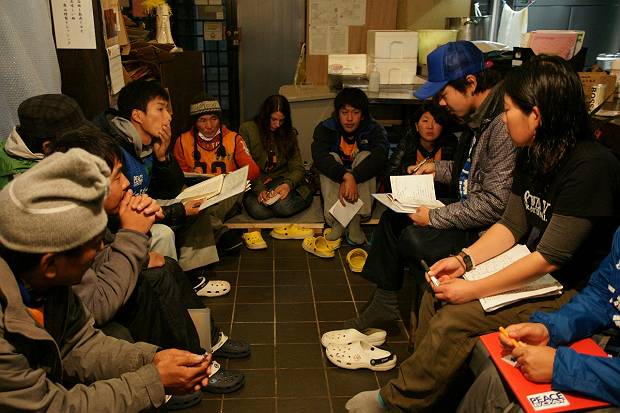 These are maps of the neighborhoods around each of the temporary housing facilities, which are also now available on the homepage for the management office of Ishinomaki City’s temporary housing. As Peace Boat volunteers went around distributing copies of the “Kasetsu Kizuna Shimbun” newspaper, the residents of these facilities often shared their troubles with us. It was their voices which inspired the volunteers to start creating these maps. 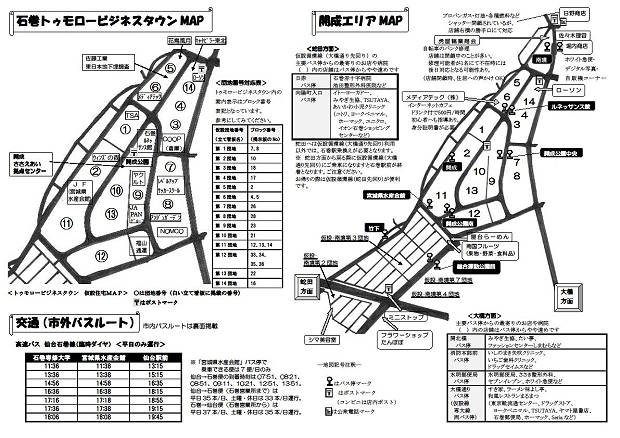 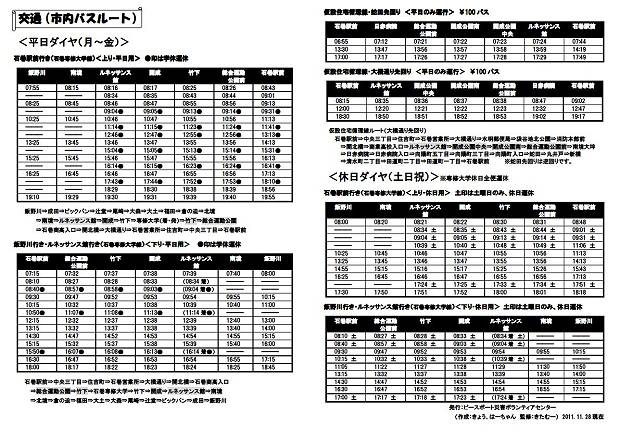 Peace Boat began distributing the community newspaper in October of 2011. The temporary housing facilities in the old Ishinomaki City center area have become home to people from many different areas who lost their houses. The goal of this newspaper is to provide families who don’t have access to the internet with important information about everything from vaccination schedules to explanations of what’s happening in the various neighborhoods.

Of course, volunteers do not have firsthand experience with the hardships of living in temporary housing in a new area. It is hard to know what information should be included in the newspaper, so many ideas are born from listening to the residents’ worries as the volunteers and staff deliver the papers. 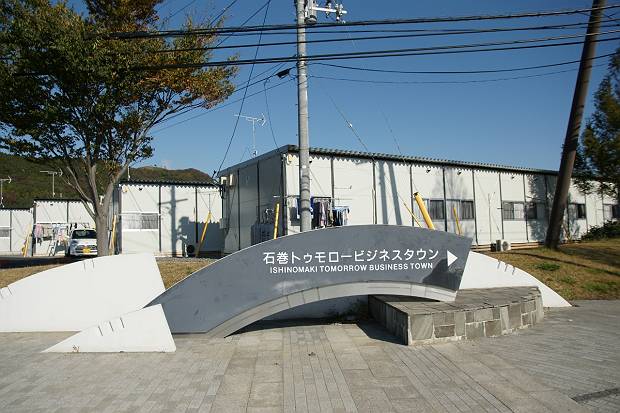 The image above is of the temporary housing in the Kaisei area, near “Ishinomaki Tomorrow Business Town.”

The idea to make maps of the various neighborhoods came as a response to residents of these temporary housing facilities, who must deal with living in a new place, asking questions such as “Where is the nearest post office?” Many volunteers who helped deliver the papers began suggesting that it would be more useful to create informational guides to each specific neighborhood, rather than the whole central area. And hearing that, another volunteer informed that they had worked in the map-making industry!

Once volunteers were assigned to each area and got down to business, that’s when the hard work really began. Even if the neighborhood buses had fixed schedules, the volunteers didn’t know the names of the bus stops or information about the shops and facilities in the area. So it was not clear where residents should go for various services. Using nothing but their own two legs, the volunteers researched everything from post offices to the locations of public phones.

The original neighborhood maps were distributed to residents along with the newspaper, but it seems that the set of information about bus stops, schedules and timetables was especially useful.

Peace Boat currently delivers information to the Kaisei and Kaihoku/Mizuoshi/Nakasato areas. While it’s impossible to reach all of the neighborhoods at once, our goal is to eventually expand to six areas, including Hiyori-yamashita and Ohashi.

“If only we had this, it would be so useful.” Such thoughts cross our minds all the time.
But how do you respond? “Then, let’s make it happen!” This kind of initiative is crucial for volunteers. After all, the meaning of the word “volunteer” comes from the idea of spontaneous, voluntary action.

When it comes to supporting the residents of Ishinomaki’s temporary housing facilities, the work is still just beginning.