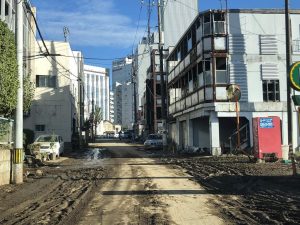 From September 8 to 9, 2019, Typhoon Faxai (Typhoon No. 15) struck the Kanto area of eastern Japan with a very strong force. The strongest winds in the history of observation were observed at many locations, becoming a record storm. The storm blew away the roofs of houses, and some 3,900 buildings have been partially damaged (as of October 10, according to the the Fire and Disaster Management Agency). Around 80% of the damage is concentrated in Chiba Prefecture, just north of Tokyo. Since September, Peace Boat Disaster Relief (PBV) has been continuing support activities such as distribution of emergency supplies and repair of houses in Chiba Prefecture.

Soon after, Typhoon Hagibis (Typhoon No. 19) attacked the Japanese archipelago from October 12 to 13. Severe storms hit numerous areas of the country, and special heavy rain warnings were issued in one metropolitan area and 12 prefectures. Heavy rains, on a record scale which has never before been experienced, were observed.  Flooding of rivers, water inundation and landslides occurred on a wide scale from the Tokai region in central Honshu to Tohoku in the northeast of the country. It will likely take some time before the full extent of the damage is apparent. 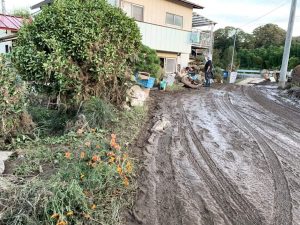 In response to this enormous damage, PBV dispatched an advance team of staff to survey the areas affected by Typhoon Hagibis on October 13. We will work closely with related agencies and relief organizations to carry out necessary support activities locally, and continue to support those affected by the disaster so that they can rebuild their lives as soon as possible.

We have therefore launched an emergency fund for relief activities. We thank you in advance for your donations and warm cooperation. We will continue to update information about local condition snad relief activities through our official homepage and Facebook page.