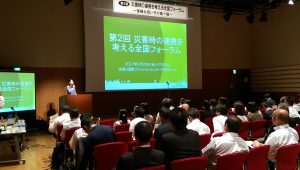 In Japan, there is a growing momentum to promote cross-sector partnerships between government, private sector, and civil society organisations to respond to and prevent national disasters. Japanese Voluntary Organizations Active in Disaster (JVOAD) gathers together actors from all parts of society to not only share information, but also respond more effectively to disasters.

After the Great Hanshin Earthquake in 1995, a large number of volunteers mobilized to help communities in affected areas around Kobe. As a result, this year is often referred to as Japan’s “birth of volunteerism”. At the time, there was no framework in place to take in so many volunteers from across the country.

Following on from the Chuetsu Earthquake, it was decided at the Regional Social Welfare Conference to open disaster relief volunteers to provide a system to manage and coordinate volunteers in future disasters.

In the wake of the 2011 Great East Japan Earthquake, local authorities and emergency management-related authorities along the coast were heavily damaged. Thankfully – due to the progressive growth of the non-profit sector – a wide range of volunteers and volunteer organisations were able to lend their support, as well as businesses being able to provide not only funding but even sending some of their employees as volunteers.

In keeping with this, the number of actors providing support broadened the overall scope of activities, placing even greater importance on well coordinated and orchestrated communication and collaboration between support organisations and government bodies. In some cases there has been a well coordinated collaboration between the government, self-defence forces, support organisations and other bodies, however such cases are still limited.

This has highlighted the difficulty in accurately assessing the scope of work carried out by various organisations throughout the country. Aid ends up being focused in one area, or there is insufficient support for people with specific needs (e.g. people with disabilities or young children). Due to a lack of communication and coordination, there are sometimes gaps in the aid provided nationwide. As a support organisation necessarily focuses their efforts on the problems in front of them, there is a limit to the extent to which they can think about the needs of the broader region.

Overcoming this issue is crucial to preparing for the next large-scale disaster.

In 2013, the JVOAD Preparatory Session was launched, providing a space for non-profits, government bodies and private sector needs to come together and discuss how to build a nationwide support network together. JVOAD was officially founded in 2016 with the goal of fostering connections and providing the platform for cross-industry, cross-sector support between relevant actors.

JVOAD played a major role in information gathering and coordination during the 2016 Kumamoto Earthquake. In addition to periodically hosting coordination meetings between support organisations to share information across the prefecture, there were also meetings held between NPOs to look at what support was being carried out on the ground.

These meetings were held not just between NPOs and NGOs, but also included business, government, and academic groups. This trial lay the groundwork for a response to a large-scale disaster such as an earthquake in metropolitan Tokyo or the Nankai Trough earthquake, and was then further built upon in the 2nd National Disaster Coordination Forum held in May 2017, which looked at the national network of disaster relief volunteers, and was attended by over 500 participants from a range of government, business and academic bodies.

Responses during times of disaster are an extension of measures taken during times of peace. There are times when response can be delayed due a lack of coordinated communication, highlighting the need to understand the specialities, differences, and methods of each sector. In each forum and symposium, working groups are formed to focus on each topic.

PBV will continue to proactively take part in this network to work towards providing the highest quality support possible in times of disaster. 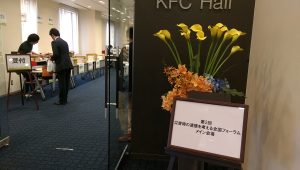 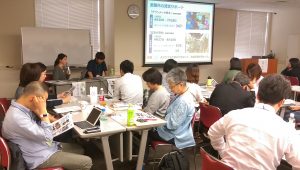 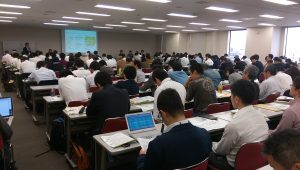