Peace Boat hosted a series of conferences and press events in South America as part of its commitment as a partner in the United Nation’s Office for Disaster Risk Reduction (UNISDR) Making Cities Resilient Campaign.

In Montevideo, Buenos Aires and Valparaiso, Peace Boat’s ship was utilized as a space for local groups working on disaster risk reduction and response to come together to discuss and share ideas and resources on community preparedness and resilience.

It was also an opportunity for them to learn about the work of Peace Boat’s Disaster Relief Volunteer Center (PBV) since the 2011 Great East Japan Earthquake and Tsunami.

On February 13 as the ship was docked in Montevideo, Uruguay, a delegation of more than 50 people, including officials from Uruguay’s SINAE (National System of Emergencies), the Ministry of Social Development’s National Administration of Social Policy, members of the NGO Friends of the Wind, the GNDR, the Scout Movement of Uruguay, and the Promoter of the Making Cities Resilient Campaign participated in a press conference and exchange forum onboard Peace Boat, to promote alliances for resilience and cooperation between civil society and governments.One of the speakers was Professor Hector Florit, counsellor of the National Public Education Administration who encouraged the participation of youth from rural schools, and highlighted with importance of learning from children.

Following this, Lorena Seijo, coordinator of the Social Policy of the Ministry of Social Development, explained the Volunteer and Solarian Practices National Program, with the objective of promoting social participation and articulate government and civil society work. Ms Seijo also emphasised the importance of co-responsibility and the role of volunteers as change makers and peace builders. Director of SINAE Fernando Traversa highlighted the importance of innovative spaces and events that can build and articulate peace. Javier Gonzalez explained about the Resilient Cities Campaign and welcome 5 municipalities who are already members of the campaign and participated during the event.

The active participation of youth was a highlight of this event. During the Forum, members of the Scout Movement presented the activities in Uruguay organized through the campaign “Messengers for Peace.” This is a network of Scouts in 161 countries all over the world who are running service projects in their local communities, from planting trees to peacebuilding in conflict regions. The students and a teacher from Rural School 182 in Colonia Berrio also presented “Actions on the first line,” featuring work conducted by the students within the community through questionnaires, research, cleaning campaigns, recycling, an early warning alert system, learning about the importance of water and the approach to the territory in production, capacity, risks and opportunities. Rural School 25 from Paysandú also presented the community teacher programme, with the objective of integrating students, families and communities to promote learning motivation and strengthen the social fabric among families and schools, as well as a planned project on environmental risks in the area. 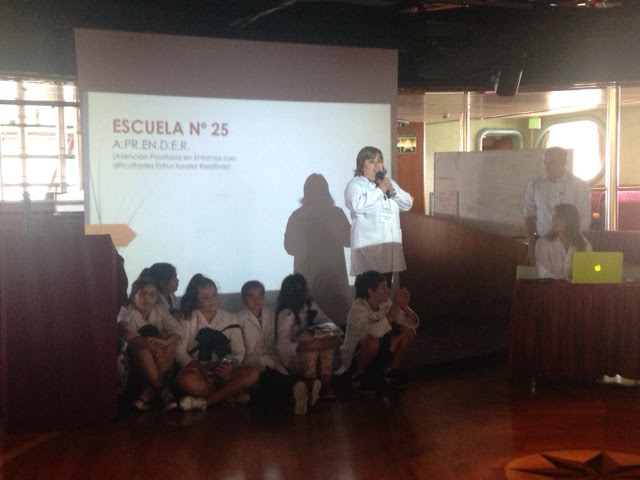 Students from the Rural School 25 in Montevideo

The northeastern area of Argentina was heavily affected by flooding in 2013, and the lessons of this experience have since led to many projects and campaigns to raise awareness on disaster risk reduction throughout the country. During Peace Boat’s visit to Buenos Aires, an event was held onboard the ship on the theme of urban resiliency and youth empowerment, thanks to the local coordination of partner organizations CISP (the International Committee for People’s Development) as members of GNDR and the NGO NEXO. 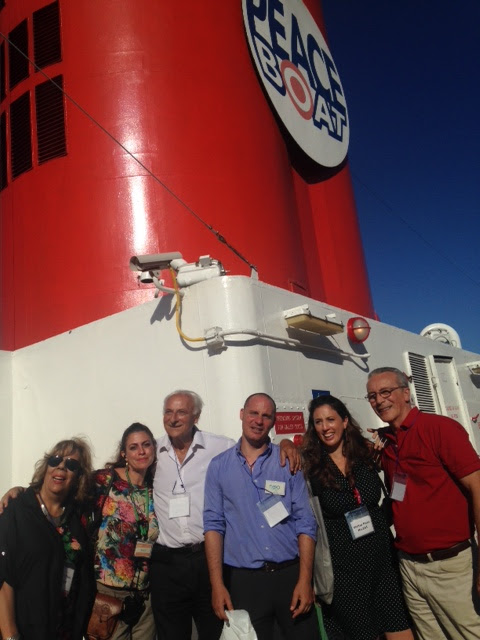 At this event, participants from the El Pilar area, youth from San Martin, civil defence representatives, the NGO Habitat for Humanity, and promoters of the Resilient Cities Campaign , exchanged experiences in their regions and reflected on the importance of youth as change makers. Claudia Gatti from CISP shared her experience working with youth and university students to promote self-management, and with NEXO support, finding tools and creative mechanisms to communicate and educate communities and awareness about risk management.

Two promoters of the Resilient Cities Campaign also shared information about their work – Mauricio Norman Saldivar presented the framework and importance of the campaign, while Gloria Bratschi shared the experience of the Climate Change Resilient Schools programme in Mendoza.At the end of the event, participants had the chance to meet Mr Miyake Nobuo, atomic bomb survivor from Hiroshima, as a inspiring example of resilience and courage. 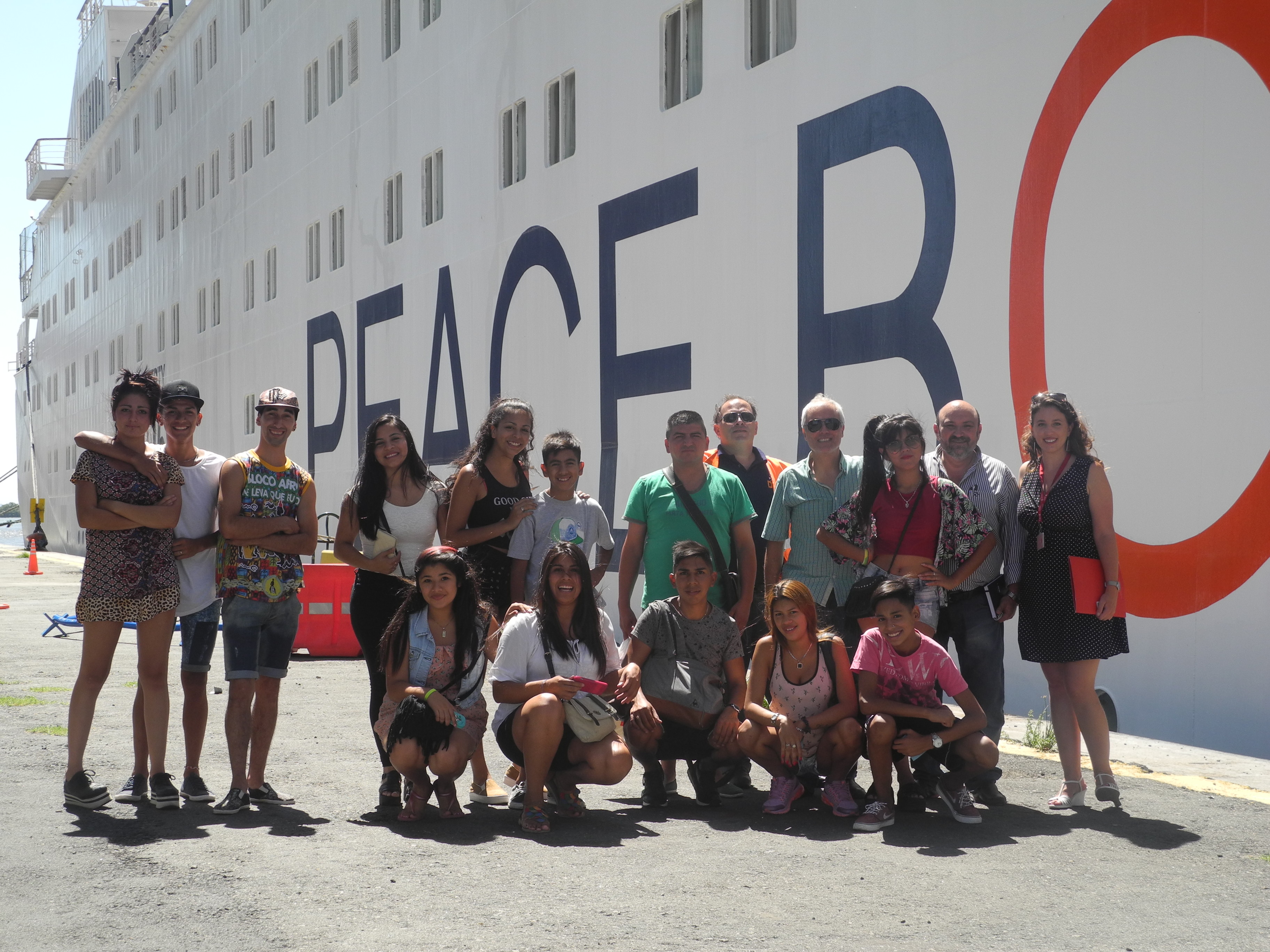 During the event, representatives from Talcahuano, headed by the city’s mayor, introduced actions taken to reduce risks in this district under the integrated management program. The Peñaflor civil defense force highlighted the importance of integrated systems and institutions with both the public and private sectors to work towards better prevention, mitigation and solutions. A civil protection and emergencies representative from the municipality of Santiago explained the different hazards in Chile and their collaborative work to create networks and capacity building programmes. Carlos Kaiser, director of the NGO Inclusiva, highlighted the importance of gbuilding-back better,h with more inclusive cities, better laws and more accessibility.

The event also served to connect experiences in Chile and Japan, as both countries face similar disaster risks including earthquakes, tsunamis, volcanoes and floods. Not only this, but the two countries are also strengthening their cooperation in technical support and capacity building programmes. Peace Boat’s Disaster Relief Volunteer Center plans to continue to cooperate with our partners and relevant stakeholders throughout Latin America on these shared cross-cutting issues. 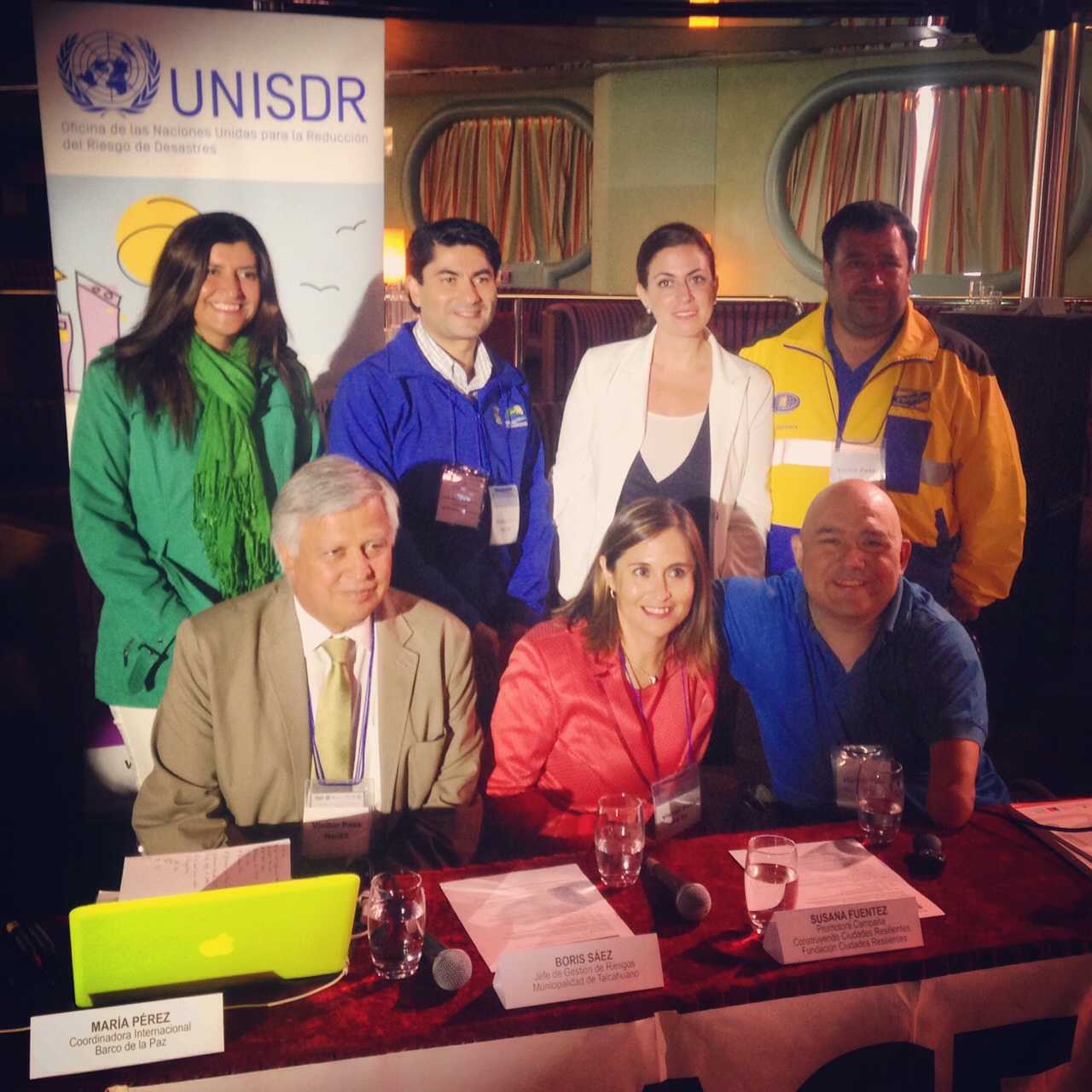 Presenters at the onboard forum in Valparaiso