While assessing the affected areas, PBV’s representatives spent some time assisting with administrative tasks at the main Volunteer Reception Center (VRC) in the area, Serve Moore. 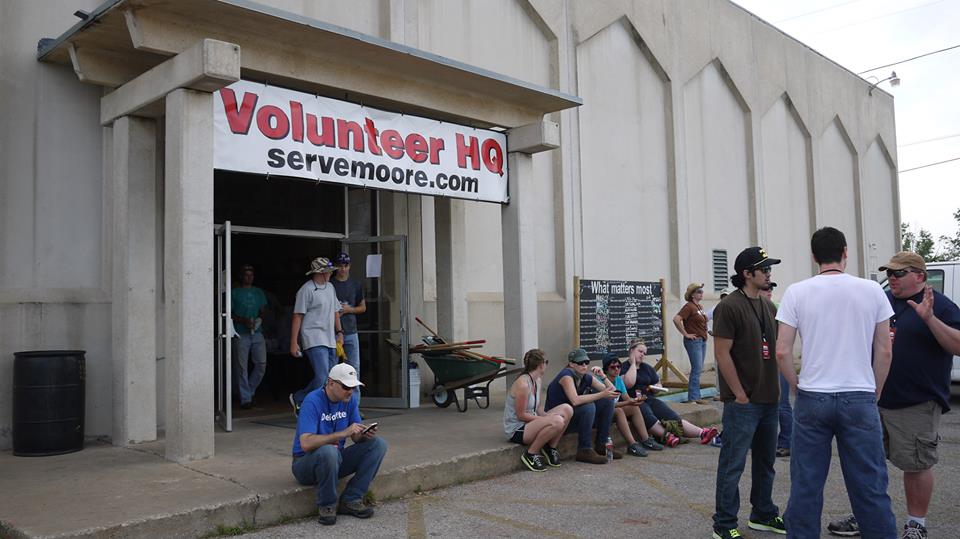 Serve Moore was formed in the immediate aftermath of the May 20th tornado by a coalition of local churches in order to accommodate the influx of volunteers from all over the U.S who came to assist those affected by the disaster.

The VRC took in more than 4000 volunteers per day at the peak of its activity and is still regularly taking in over 1000 volunteers, especially on the weekends when it generally attracts more local and out-of-town volunteers.

Upon arrival at the center, volunteers are given an orientation and briefing, split into teams and then dispatched to the work sites with appropriate equipment, including chainsaws in some cases to cut fallen trees. The bulk of the work involves clean-up and debris removal of both public and privately owned land. 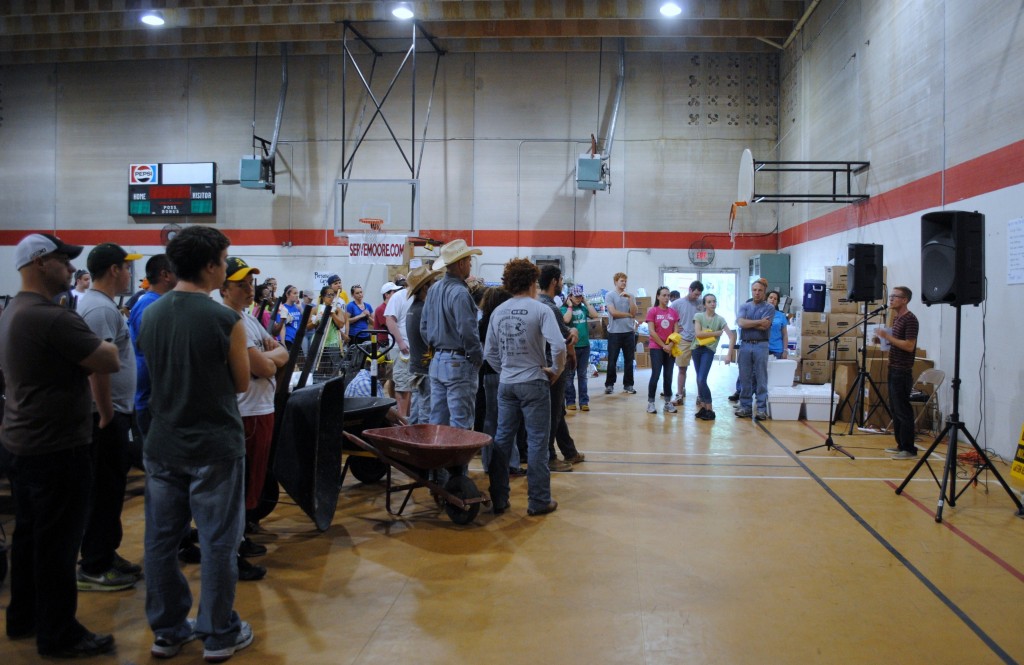 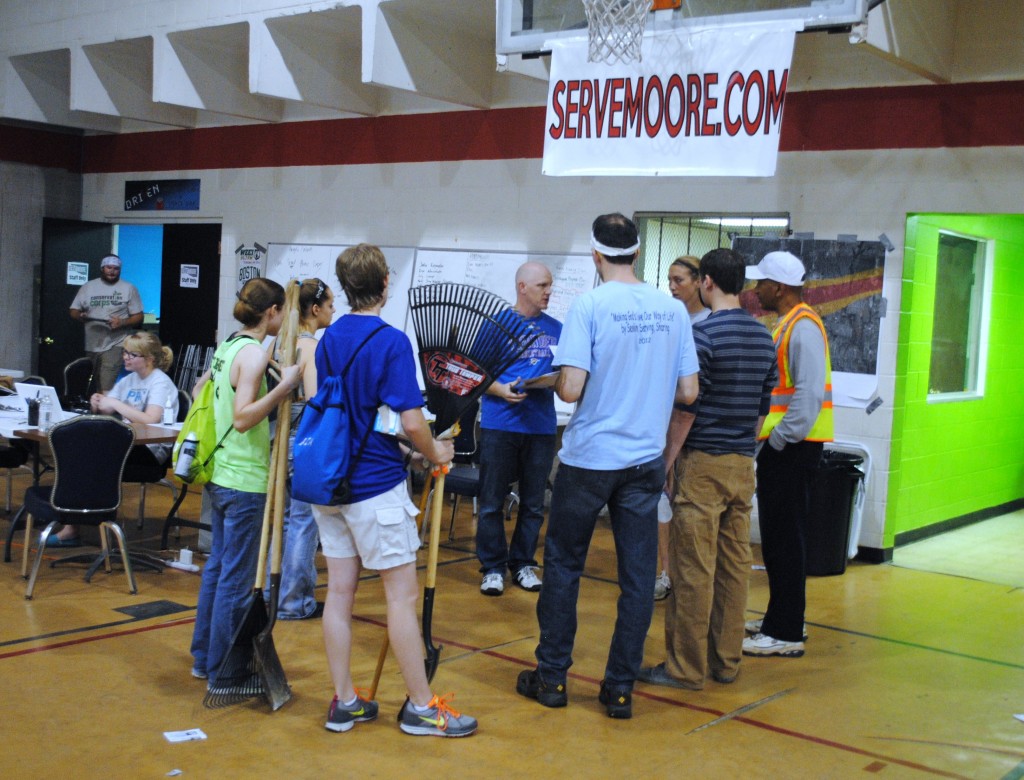 As these kinds of activities continue, a transition is occurring between the emergency assistance phase and the longer term recovery of the area. A number of Long-Term Recovery Committees have been formed, where local-level stakeholders can convene and discuss what is best for their local areas in the months and years following the tornadoes.

What became clear after even a short time in Oklahoma is the strength and resiliency of the local communities in the face of adversity. According to a number of locals, this kind of collective strength may be explained by the “Oklahoma Standard”.

This concept encompasses the spirit of neighbour helping neighbour, which shone through after the Oklahoma City bombings in 1995, when Oklahomans came together to help one another and stood in solidarity throughout these difficult times. 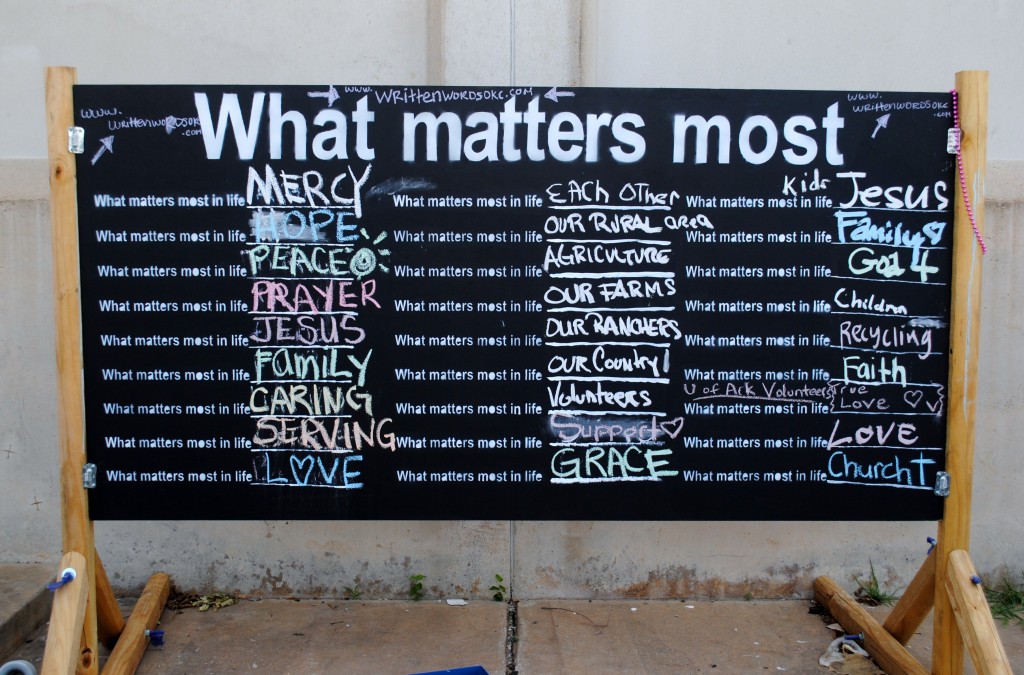 This could be seen on the ground in Moore, where individuals and groups were working together to help those in need, regardless of who they were, what they believed or where they came from. 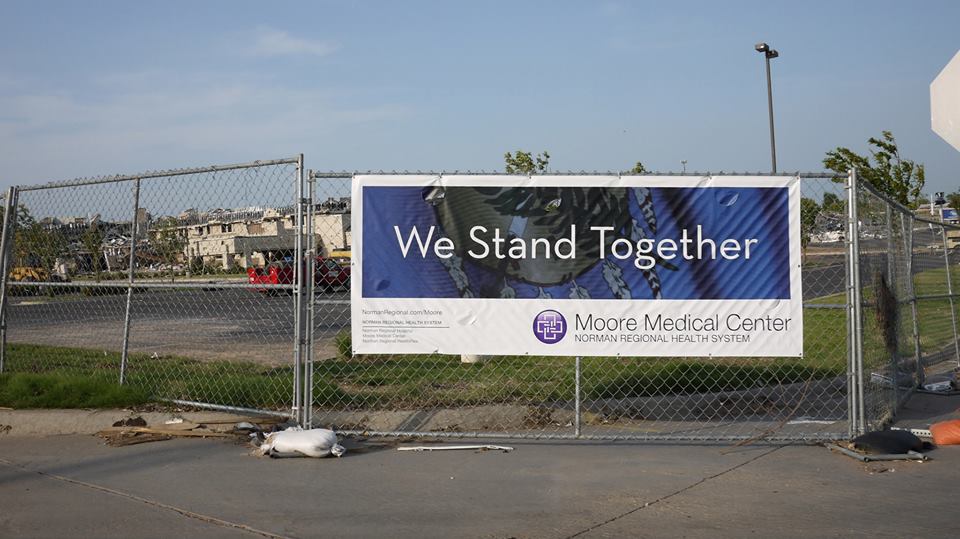 In the words of one local volunteer, “When you find yourself in trouble here in Oklahoma, suddenly everyone’s family”.