PBV’s team landed in Kathmandhu on 3rd May 2015 in order to conduct a rapid needs assessment and provide immediate relief to communities affected by the 7.8-magnitude earthquake that struck Nepal.

At the time of writing, the disaster has claimed over 8500 lives, destroyed hundreds of thousands of homes, and has crippled critical infrastructure across the country. An estimated one million children are unable to attend classes due to damage to schools, and many hospitals have sustained severe damage.

Upon arrival, our staff checked in at the Reception and Departure Centre (RDC) at Kathmandu airport, where humanitarian agencies check in, receive a briefing, and provide information on their respective missions, led by members of United Nations Disaster Assessment and Coordination (UNDAC).

Our team also checked in with the On-Site Operations Coordination Centre (OSOCC), a mechanism established to coordinate humanitarian affairs in disaster situations, at the “UN House” in the Nepalese Capital. PBV actively works within the UN Cluster System, and continues to take part in cluster meetings (E.g. Food Security), where international humanitarian actors, national and local authorities, and civil society come together to coordinate their relief efforts.

After a number of meetings with our partner organisation, Shapla Neer, we decided to take joint action on addressing food security issues in some of the worst hit areas. Shapla Neer, having worked in Nepal for 2 decades, has an in-depth understanding of the country’s cultural, social and political context, and has an extensive network of civil society organisations working in different regions. 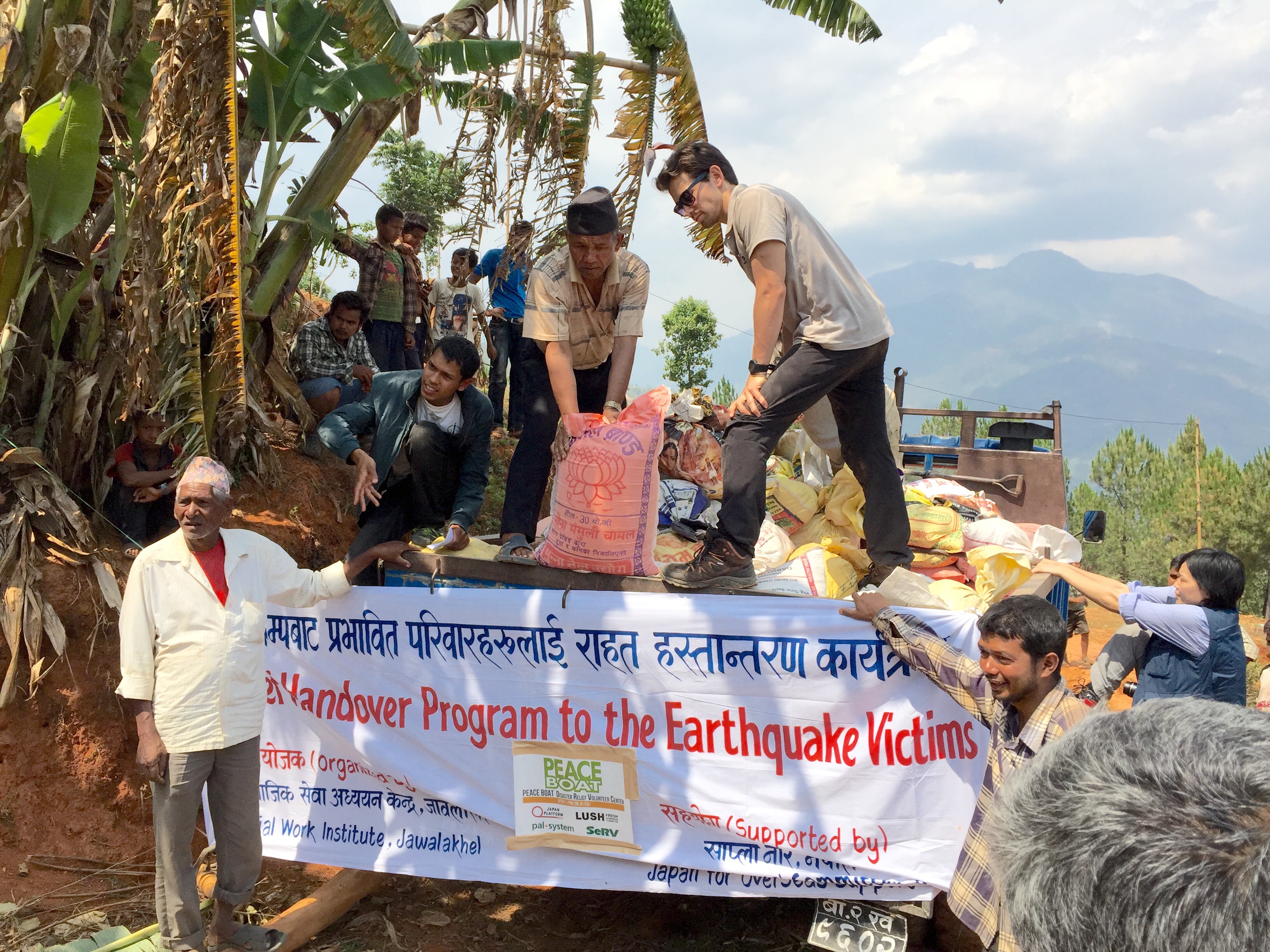 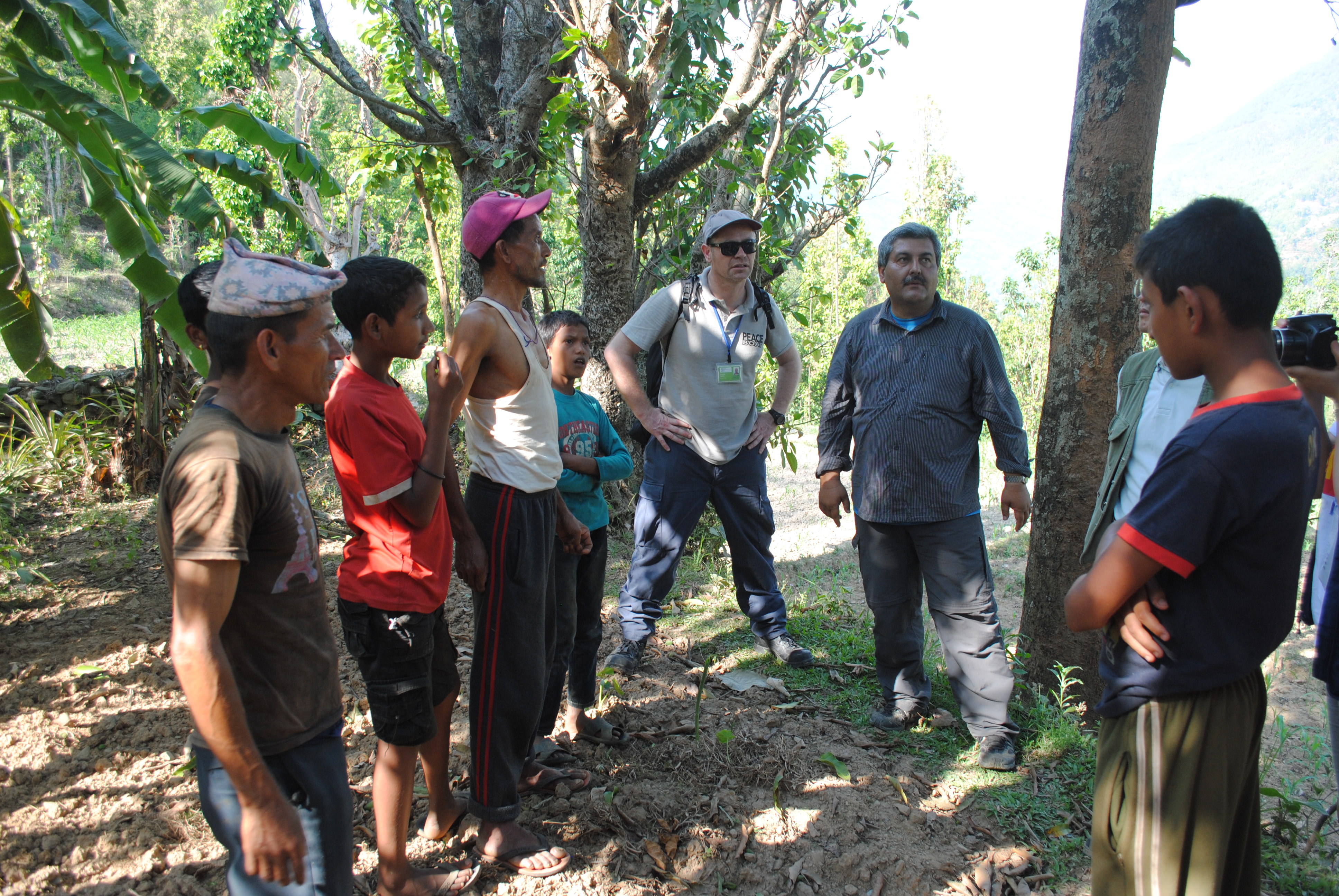 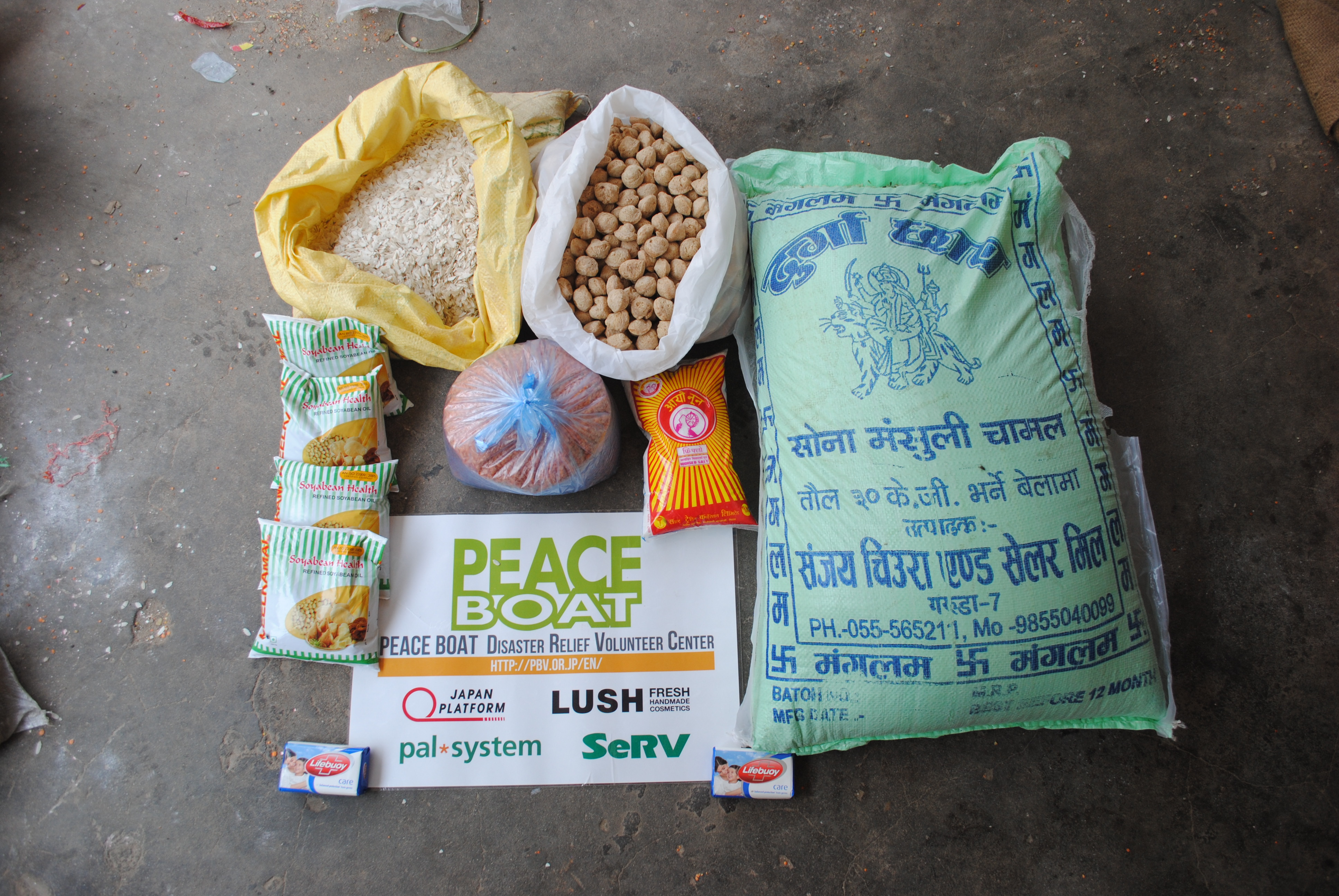 PBV, in partnership with Shapla Neer and local organization Social Work Institute, provided 100 affected households with food packs in the mountainous Nuwakot district. The three villages which received our assistance are remote, and due to infrastructural limitations, have received little assistance in the weeks following the earthquake.

The food packs contained nutritious food items including rice, lentils, cooking oil, soy beans and chiura (beaten rice), and is designed to sustain one family of 5 for 5 – 10 days. The packs also included 2 bars of soap, to enable villagers to wash and minimize risks of becoming ill from ingesting harmful bacteria.

This is a photo of an incredibly strong, elderly woman carrying a 30 kg sack of rice, which we provided to the community, up to her home via a rocky footpath. 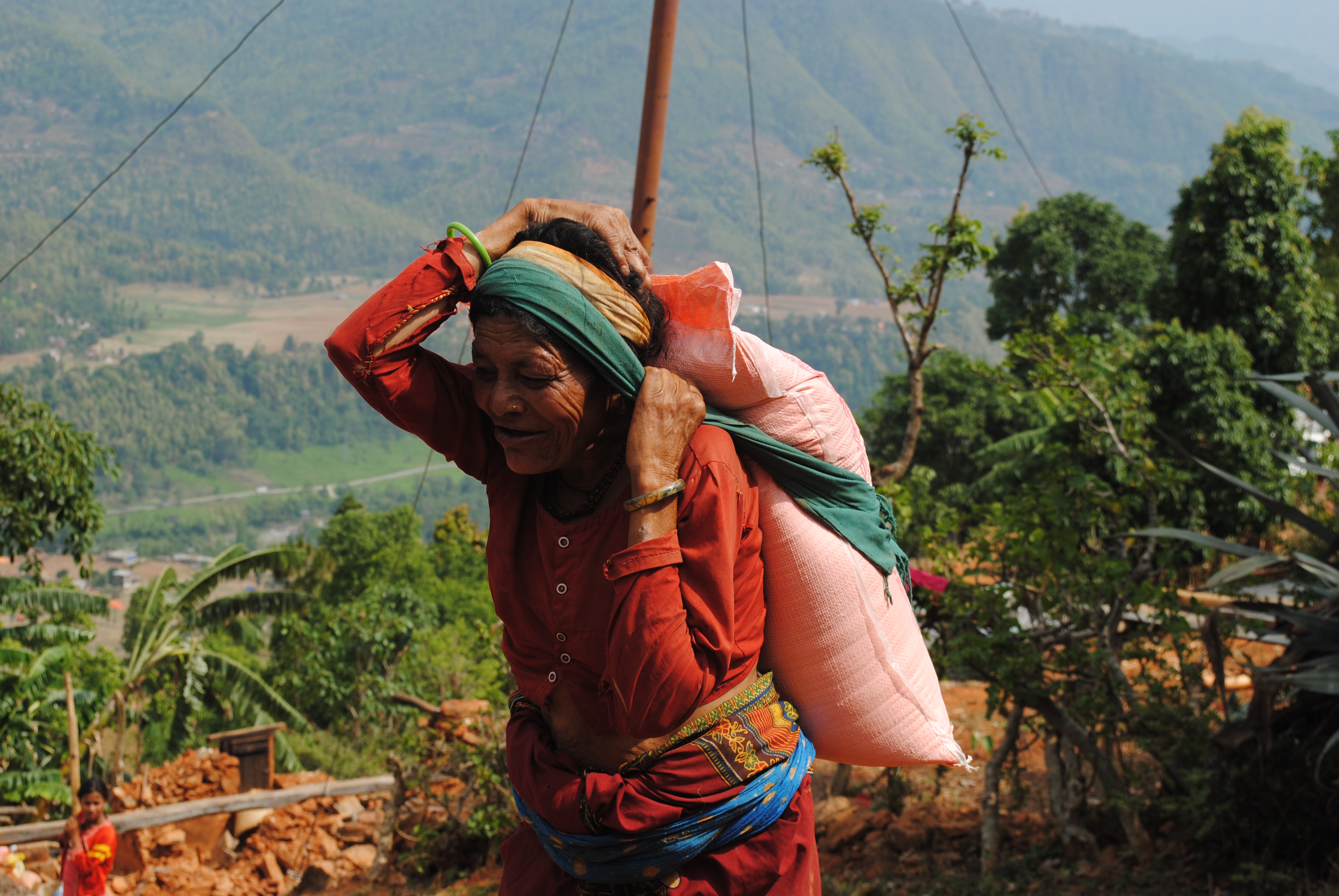 This is a photo of the Mijar family. The only school in the village has been badly damaged, and so the young girls are unable to go to school. The food packs have taken some of the financial strain off the family’s shoulders, and have provided much needed relief during this difficult time. 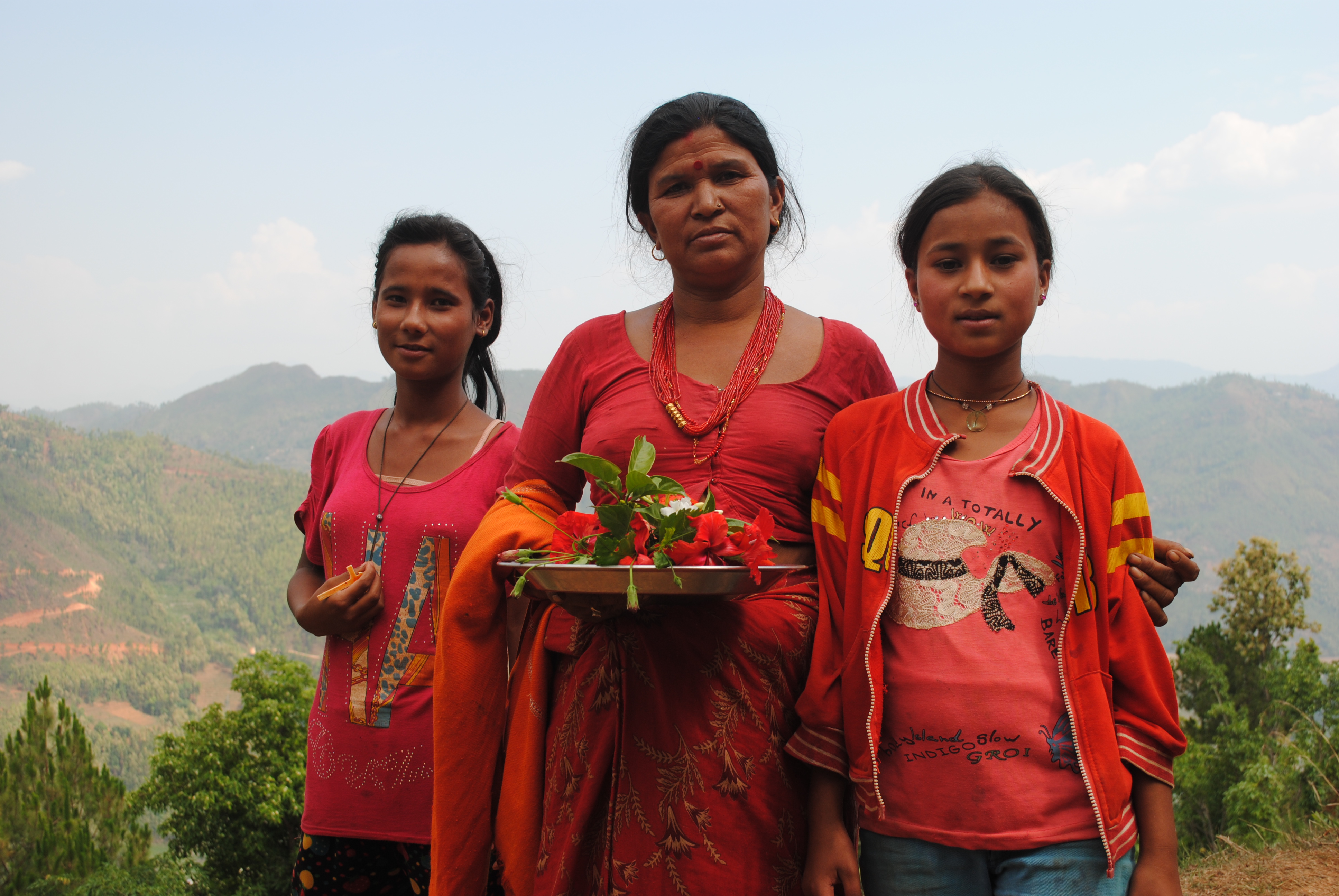 This is a photo of Mr. Bogoty. His home was badly damaged by the earthquake, and he has been sleeping in his goat shed, which is the only building that is safe on this premises. He told PBV staff that the food packs are important because this allows him to spend more money on repairing his home. Shelter is especially important because the rainy season is only weeks away; villagers must secure a safe spot to sleep to minimize the risks of secondary damage and casualties. 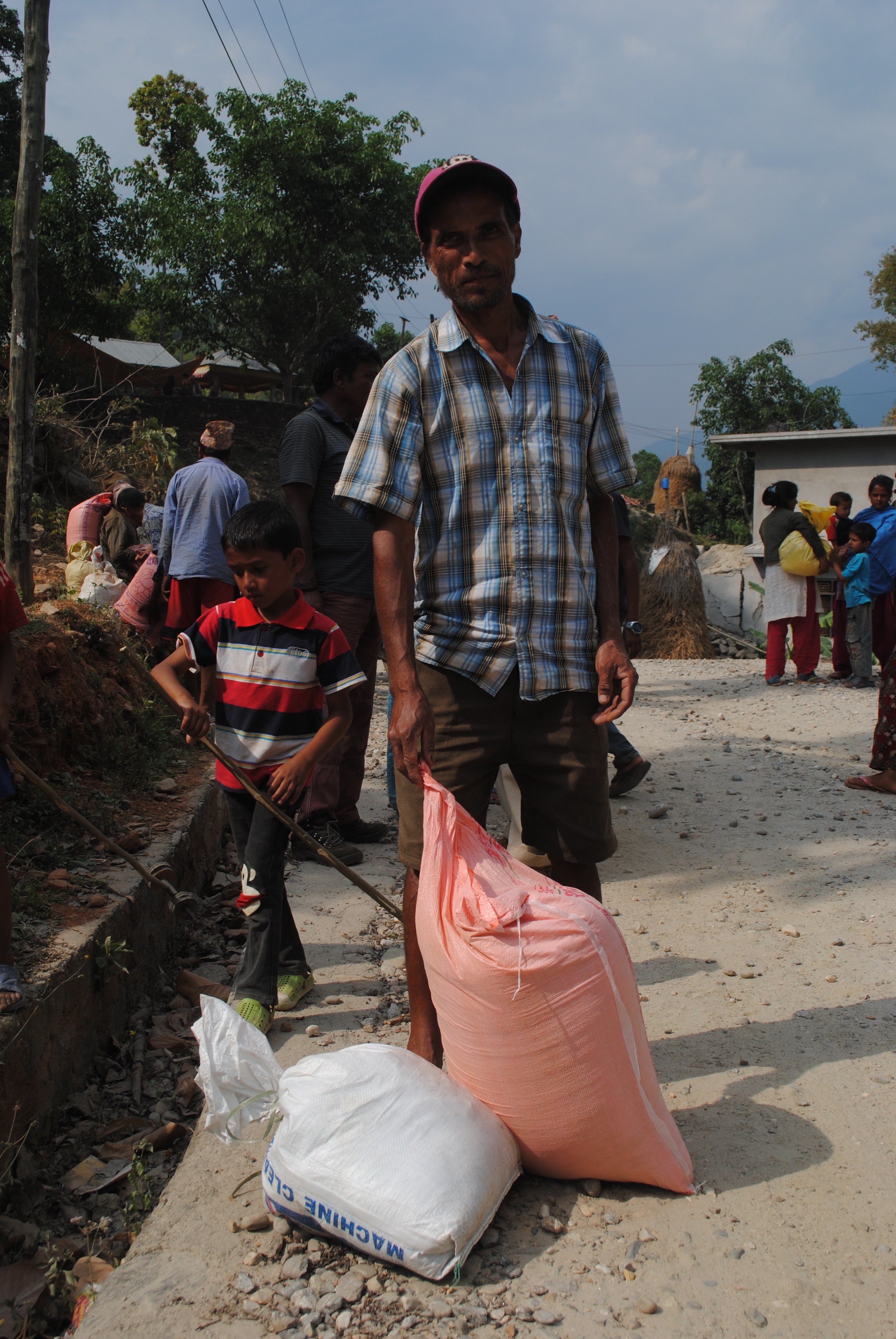 Thank you to the many supporters who have provided funding for PBV’s Nepal Earthquake Emergency Response program.

Given the severity and scope of the disaster, it is crucial that we continue to provide assistance to affected communities. We would greatly appreciate your continued support as we reach out to more families in disaster-stricken areas.

Please DONATE via the links below