In mid-March 2019, a tropical cyclone, Idai, struck Mozambique, Malawi and Zimbabwe. It devastated the region. The death toll rose to 603 in Mozambique alone and thousands of people have been struggling to even live their everyday lives. The Peace Boat Disaster Relief Volunteer Center (PBV) dispatched two staff members to Beira, Sofala Province, Mozambique, in April for damage assessment for emergency relief. 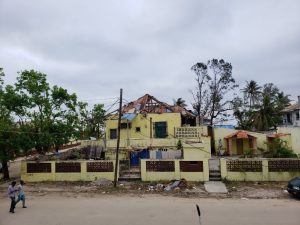 Beira is a port city located in the central part of the country and serves as the second largest city after the capital Maputo. The city is not only a busy commercial hub, home to 500,000 people, but also boasts one of the most strategic ports in southern Africa, offering access to the inland countries. The cyclone made landfall in the city on the 14th March and took a route to the west while destroying and flooding houses, farming land and community facilities along the way. It is estimated that more than 1.5 million people suffered from the damage caused by the cyclone, and it is being reported as one of the deadliest storm-related disasters that has occurred in the southern hemisphere. 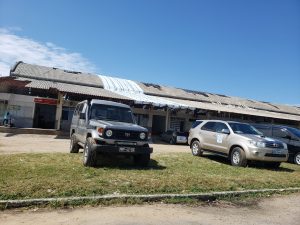 PBV staff members arrived in Beira on the 13th April, almost one month after landfall, in order to carry out damage assessment in order to plan the relief program. Most of the buildings in the city, including the cargo terminal at the airport and government buildings, had roofs that were totally or partially stripped. Accommodation centers for thousands of families evacuated due to the storm affected areas were scattered around in the city and neighboring areas. The vast majority the residents in Beira were also living in challenging conditions with limited official support. 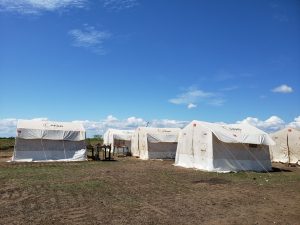 The dispatched members attended regular meetings organized by humanitarian agencies and gathered information about ongoing projects to identify the biggest needs in the affected communities. While the support systems to the accommodation centers in the city were functioning by the time we arrived, many challenges were also found in the rural communities where the degree of devastation was much more severe.

On this blog, we share updates on the relief project in Mozambique. Please also visit our Facebook page for the most updated news on the project.