Disaster Risk Reduction is a topical and important issue in Brazil, given that the nation faces a wide range of natural hazards, including landslides, floods, and drought.

In Belem, Peace Boat held a press conference and symposium with 19 government officials and DRR professionals onboard the ship, along with official representation from UNISDR.

After an introduction to the “Making Cities Resilient” campaign (of which Peace Boat is an official campaign partner), the participants engaged in a lively discussion on how to achieve disaster resilience in their local areas.

This event served as a prime opportunity to exchange opinions, share information and build relationships that can ultimately help enhance the region’s ability to cope with disasters and adapt to climatic conditions.

The representatives of Belem stated that the press conference and symposium, along with the new connections made through the event, had given them the motivation to sign up for the campaign and pledge their commitment to the cause.

The campaign, originally introduced to facilitate implementation of the Hyogo Framework for Action (HFA) at the local level, provides tools to governments to enable them to build more resilient cities and ultimately reduce the negative impacts incurred from disasters.

Working towards the Third United Nations World Conference on Disaster Risk Reduction (WCDRR) in Sendai next year, Peace Boat will continue to raise awareness of this campaign and rally local governments to renew their efforts in building resilient cities. 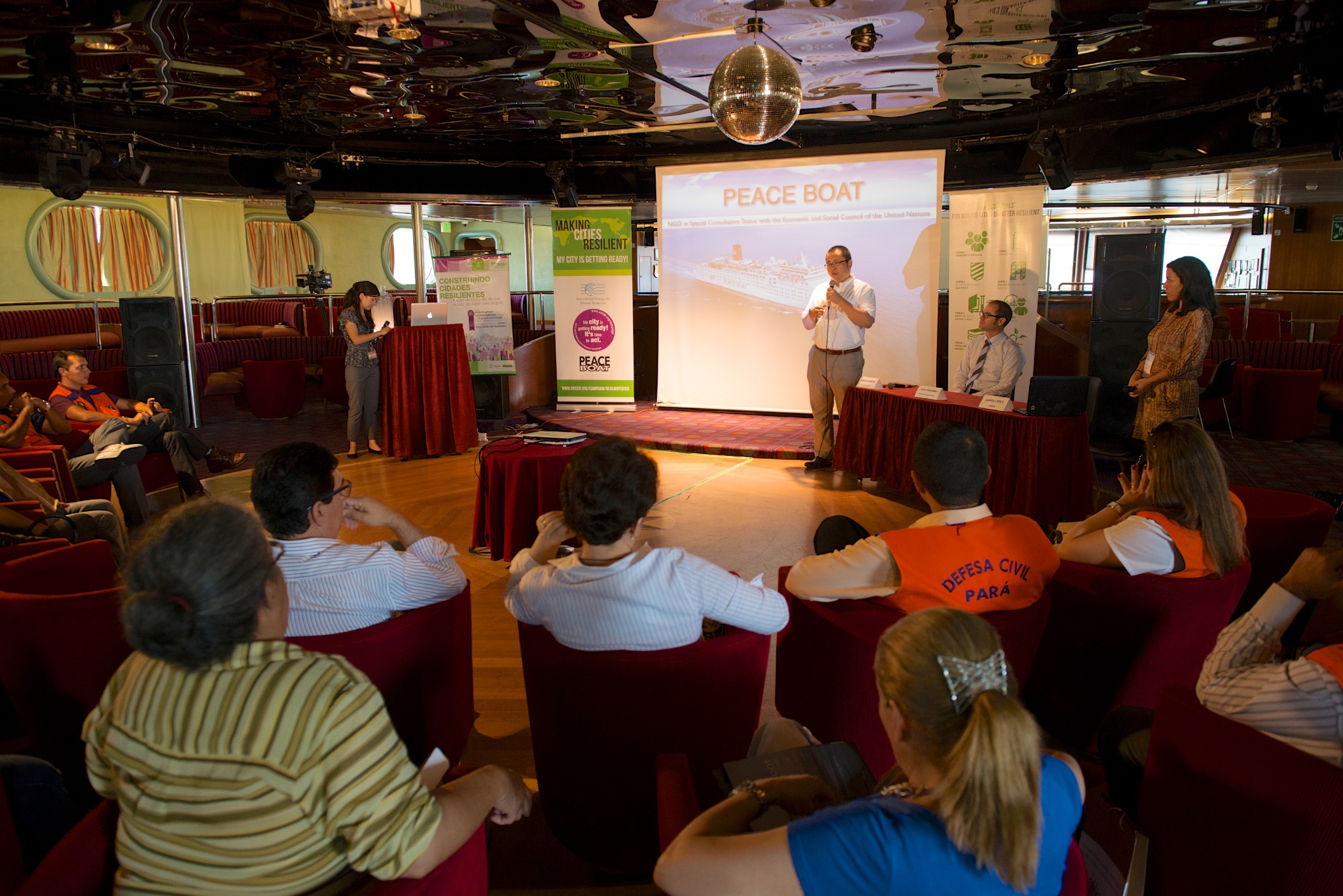