Since the campaign’s launch in 2010, over 2000 cities have pledged to take action on disaster resilience, climate change adaptation and enhancing disaster risk reduction measures in their areas.

The “Ten Essentials for Making Cities Disaster Resilient” has been provided as a practical guidance towards building resilience in these cities.

Through Peace Boat’s global voyages, the chartered passenger ship visits approximately 60 cities worldwide and the organisation conducts an array of in-port programmes with a range of stakeholder groups, making it a strong candidate to raise awareness of the campaign.

Peace Boat has the capacity to serve the campaign as: a messenger, with its physical presence able to raise awareness in the ports we visit; a venue for delivering education and training programs; and a vehicle, able to bring people and expertise to different regions in the world. 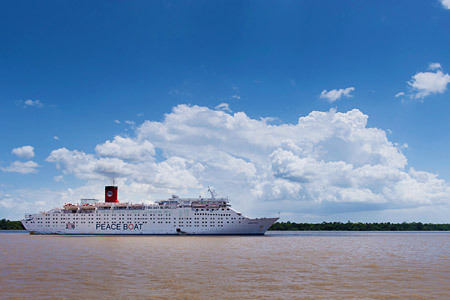 Eight youth leaders working in Disaster Risk Reduction from Nicaragua, El Salvador, Panama and Costa Rica were invited onboard the ship as it traveled through the region. A representative of UNISDR also took part, providing information on the “Making Cities Resilient Campaign”, sharing resources available from UNISDR, and providing a UN perspective to the discussions and activities that took place.

The youths presented the natural disaster risks that they face in their home countries, shared diverse experiences from field work and explored best practices. Peace Boat staff and volunteers also introduced their experiences of disaster relief work in Japan after the Great East Japan Earthquake and Tsunami, providing insight as to the successes and failures of the 2011 response. The youths were also able to interact and exchange opinions with the passengers who took part in “Disaster Relief Volunteer Leader Training Programme” onboard. 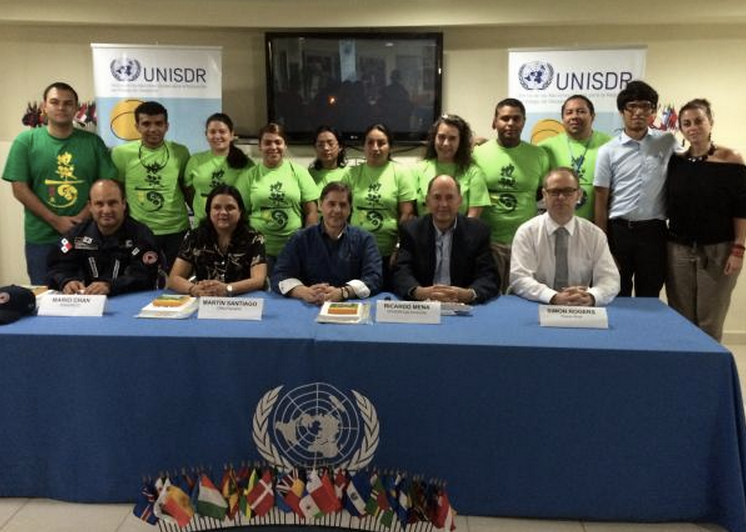 On August 2nd, Peace Boat arrived in the port of Santa Tecla, El Salvador. After experiencing two major earthquakes in quick succession in 2001, the city has been working hard to improve its ability to cope and adapt to disasters. Santa Tecla was selected as a “model city” of this campaign by fulfilling all 10 essential points. With the help of local government agencies, the youths were taken on a DRR-themed field visit and were given the chance to participate in an emergency drill.

In Nicaragua, city officials, the deputy foreign minister, members of parliament and well-known diplomat Miguel d’Escoto Brockmann took part in an onboard press conference and symposium. UNISDR’s Margarita Villalobos provided an overview of the “Making Cities Resilient” campaign and spoke on the topic of Disaster Risk Reduction, advising the officials on how to achieve disaster resilience.

The group also visited the UNISDR Regional Office for the Americas in Panama after passing through the Panama Canal. There, the group was able to attend meetings with Panamanian government officials and civil society organizations.

Overall, the onboard training programme, along with the press conferences and in-port field visits, were very effective in generating publicity for the “Making Cities Resilient” campaign, strengthening regional cooperation on DRR, and developing the next generation of DRR leaders in Central America. 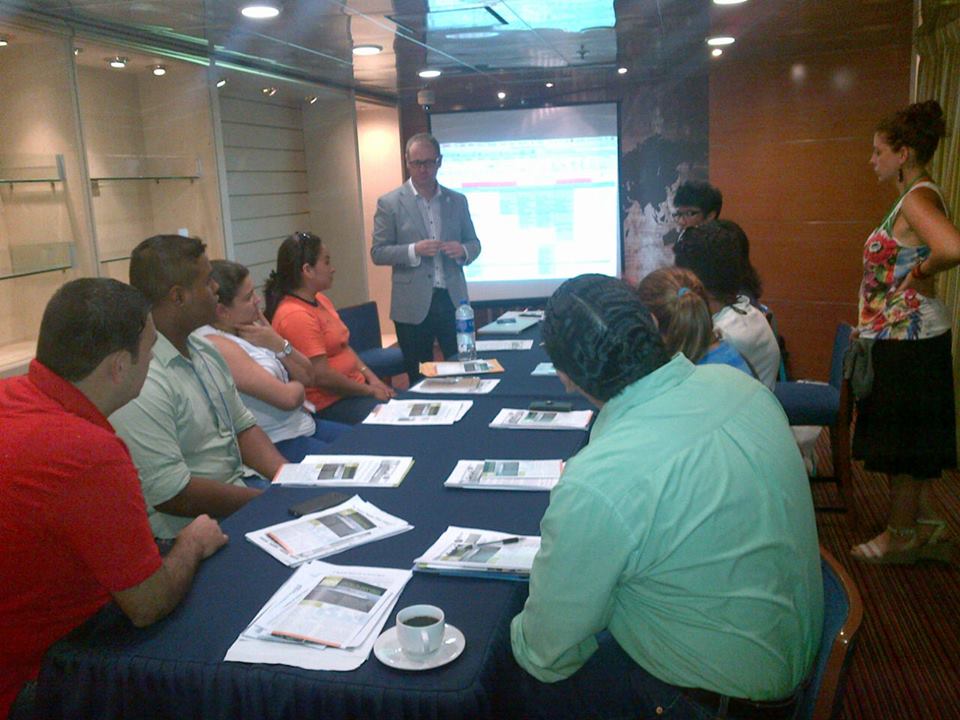 Feedback from the Youth DRR Leaders

“The main benefit for me has been seeing what Japan is doing differently from us and what we can apply to our own country.”-Walkiri Jadima Lovo from Nicaragua

“I was impressed by how other countries incorporate elements of disaster preparedness into the national school curriculum. I plan to make suggestions for improvements in this area when I return home.”-Bernardo Merayo Miller from Costa Rica

“By far the most important thing for me was meeting other young people who are active in disaster prevention and risk reduction. We will definitely be staying in touch as a group, and we hope to organize more meetings in the future to continue sharing new information and knowledge. It’s important to support each other as our countries are small and when a disaster happens in our neighbouring country, it affects us too – we can’t afford not to work together.” -Luis Villamonte from Panama 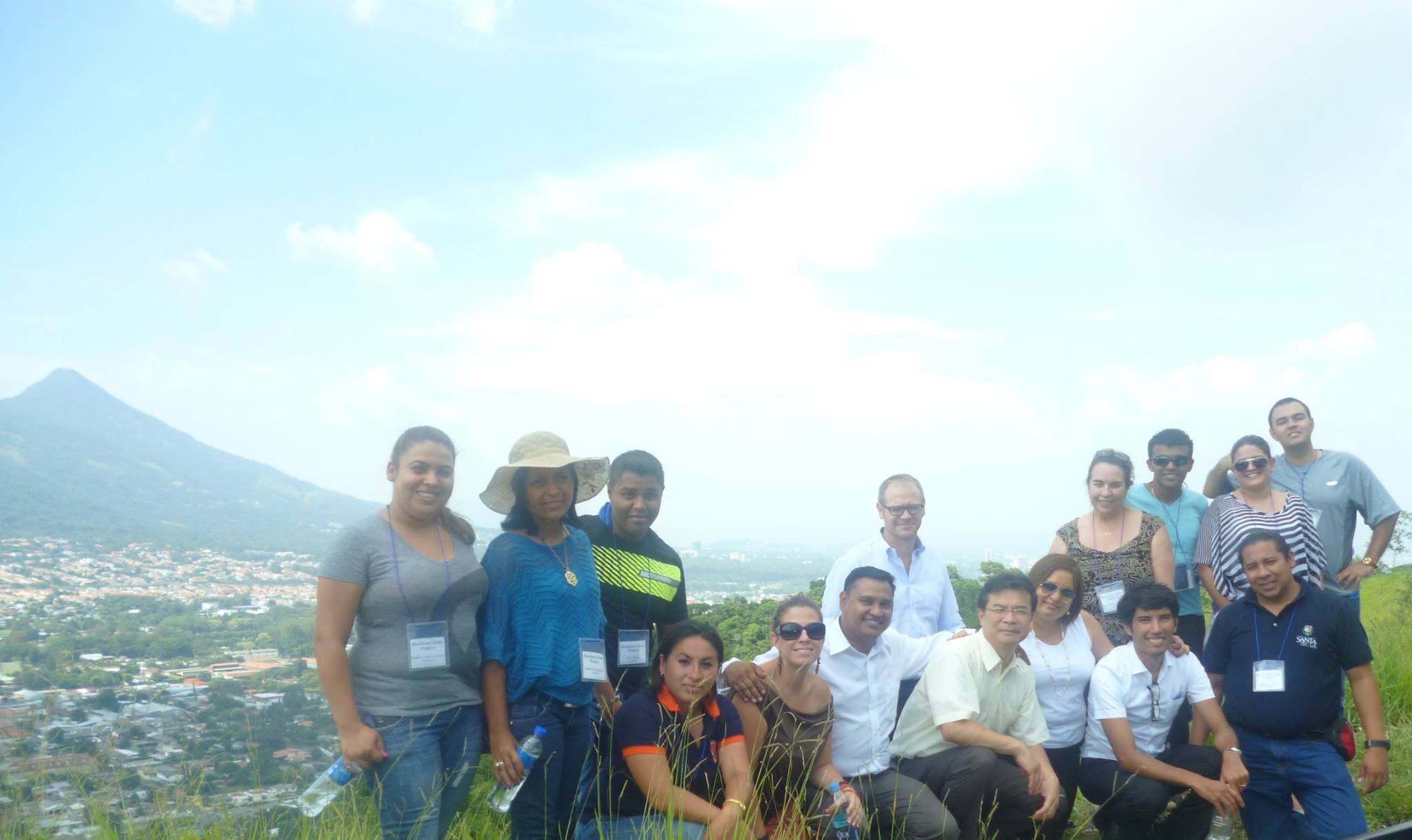 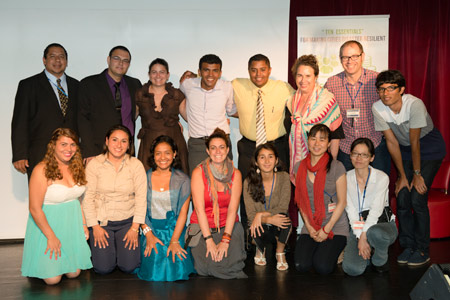 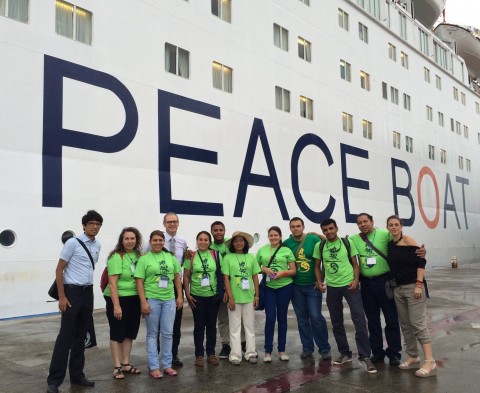