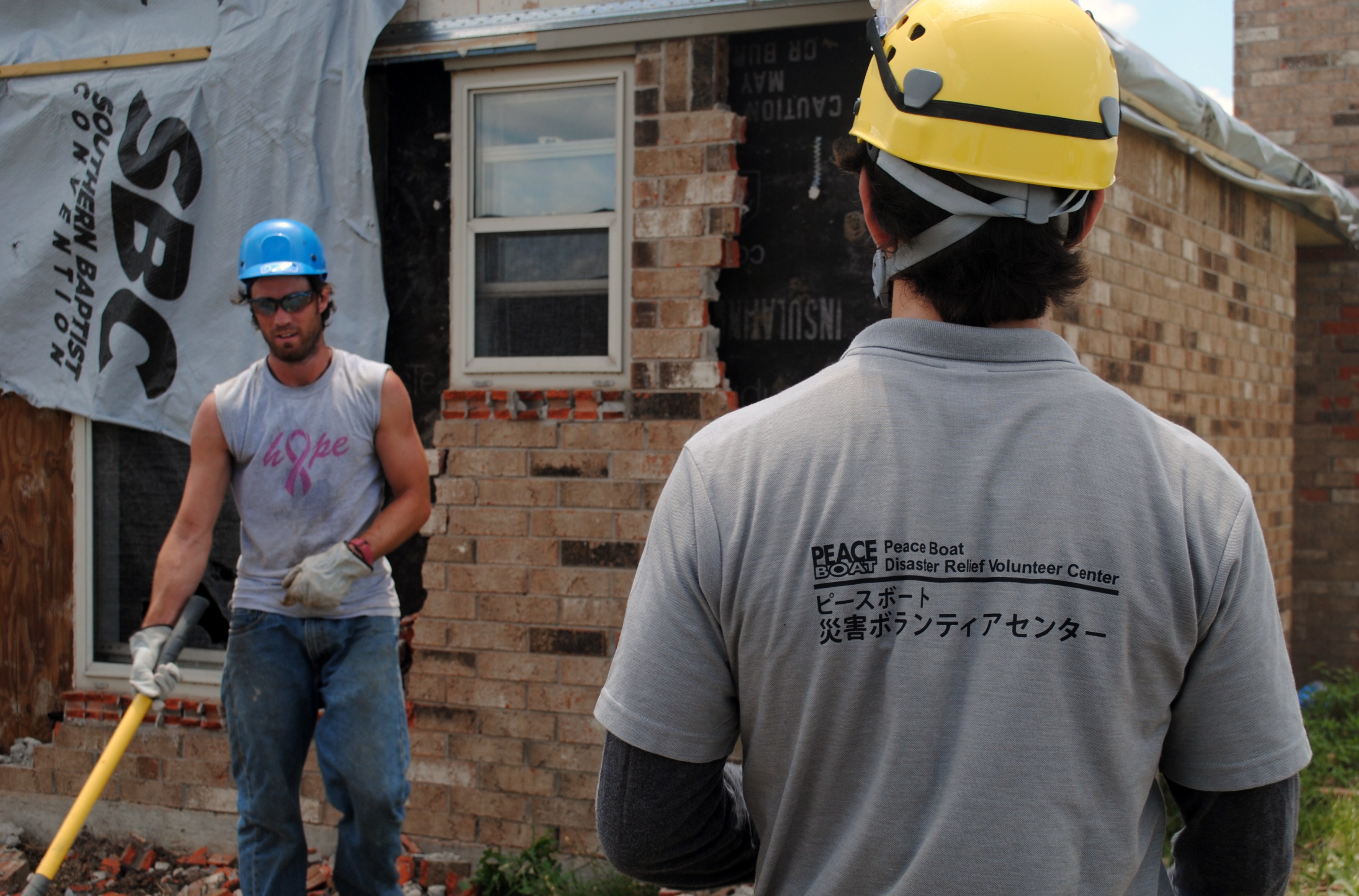 Today we spent the day with our friends from Nechama, a disaster response organization, who we first met and worked with after Hurricane Sandy in New York. 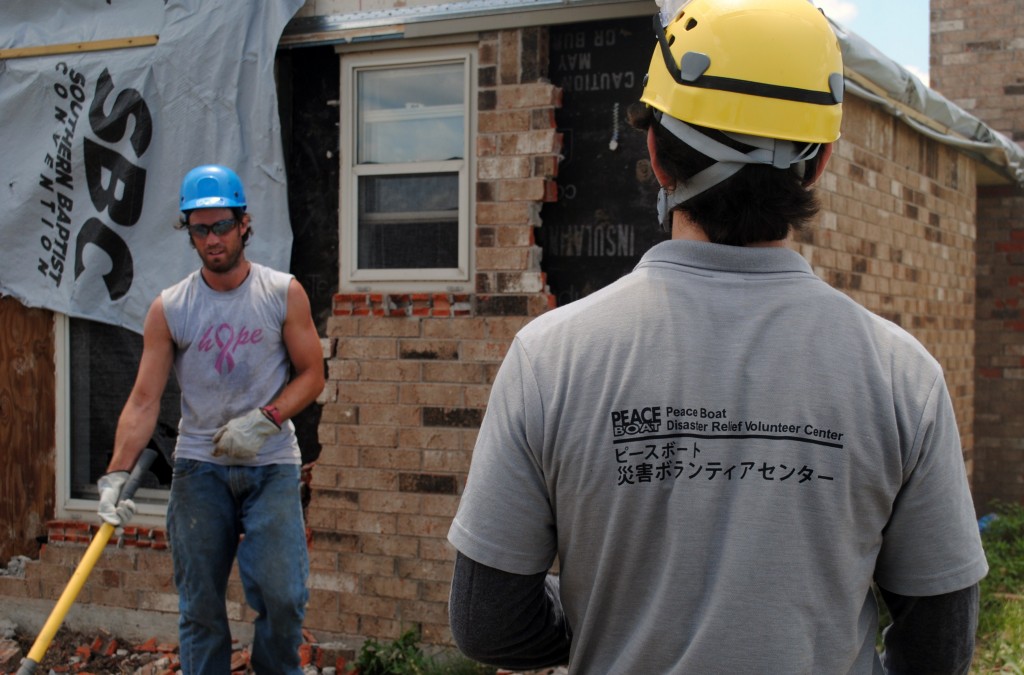 Seeing and experiencing first-hand the kind of work that volunteer organizations are doing in the areas to help local people helped us gain a more holistic and thorough understanding of the situation on the ground. 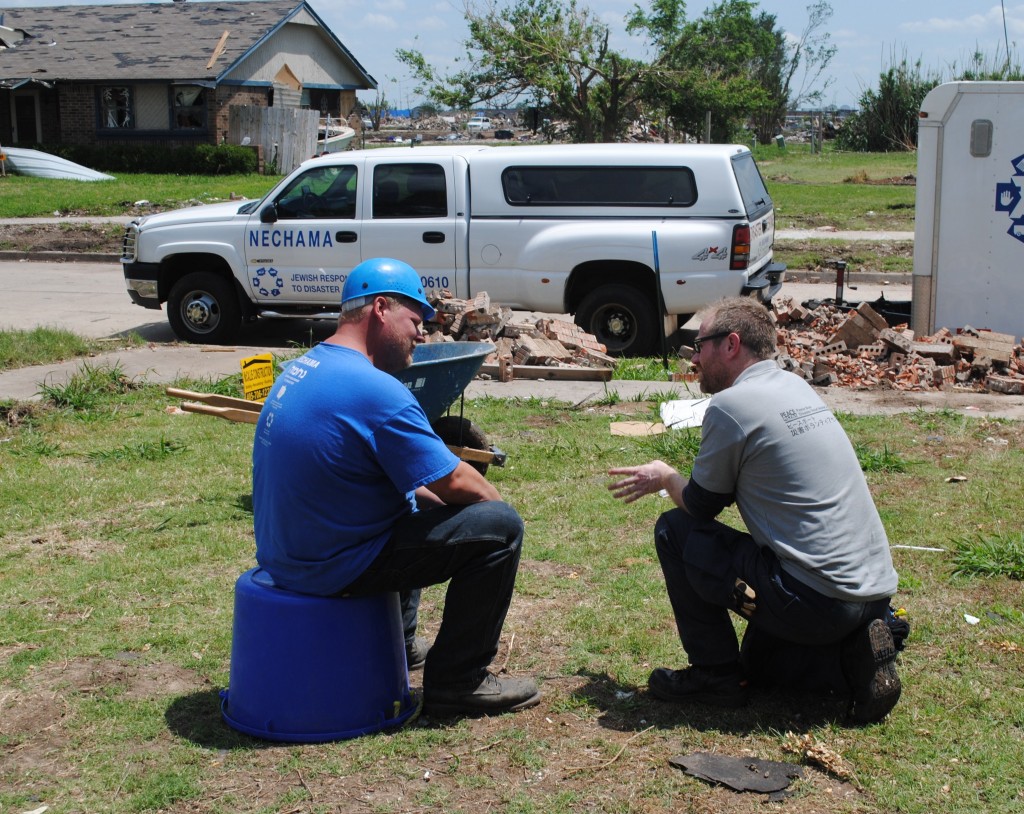 Today, we had a work order for a homeowner living in the Moore area, which was devastated by the EF5 tornado on May 20th.

The work itself consisted of breaking down the external brick wall of a house with sledgehammers, picking up the debris and taking it to the curb. The City of Moore’s services would then remove any tornado-related debris from the curb for the homeowner. 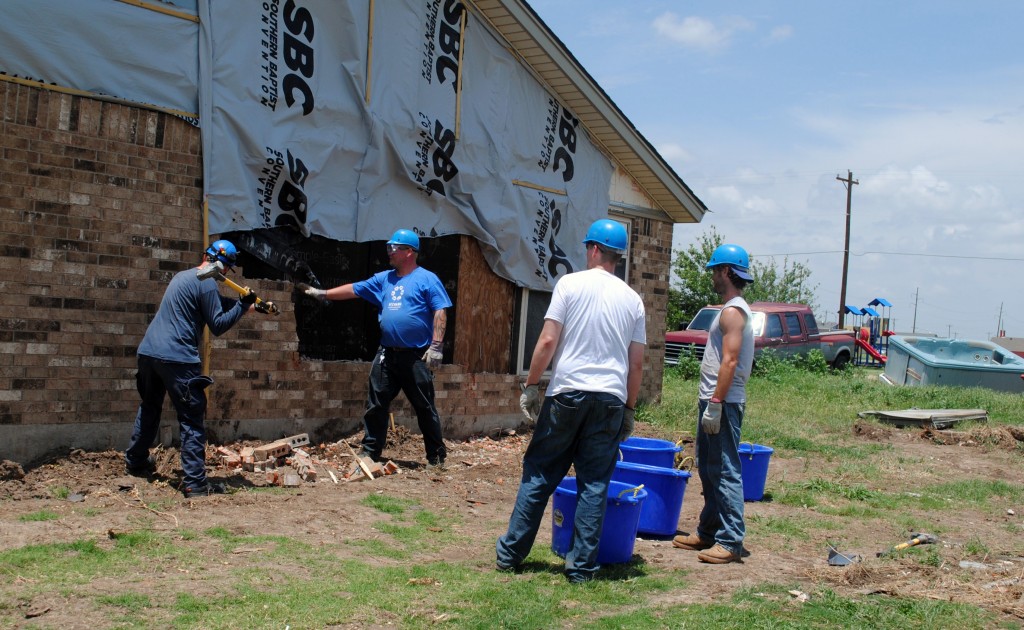 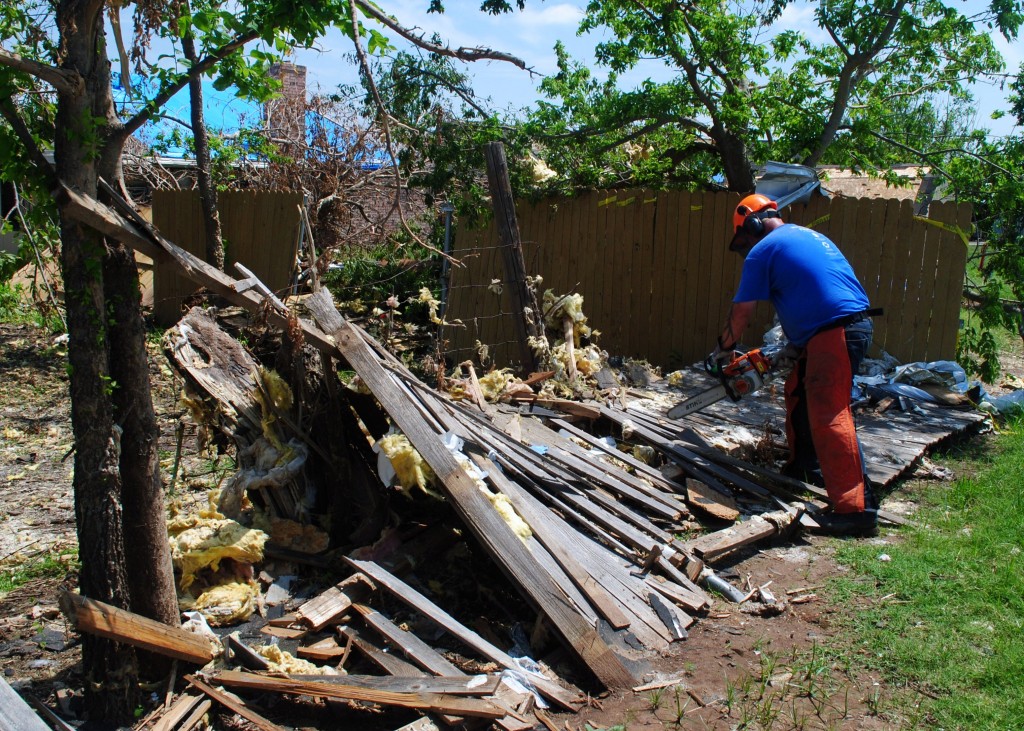 This work order was necessary because the house’s outer wall had been damaged and had to be removed (by hand) so that the homeowner could eventually replace it with a new wall.

When volunteers provide this kind of work, this lightens the financial burden on the homeowner, who may be not be insured or who may not receive adequate monetary compensation. 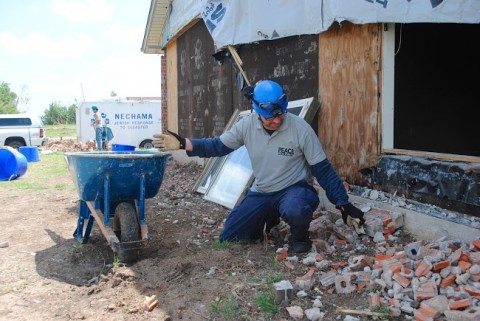 As temperatures soared to over 35 degrees, we continued to hammer down the wall section by section while listening to country music on the radio.

A group of volunteers from Indiana drove by, distributing food and drinks to other volunteers in the area. 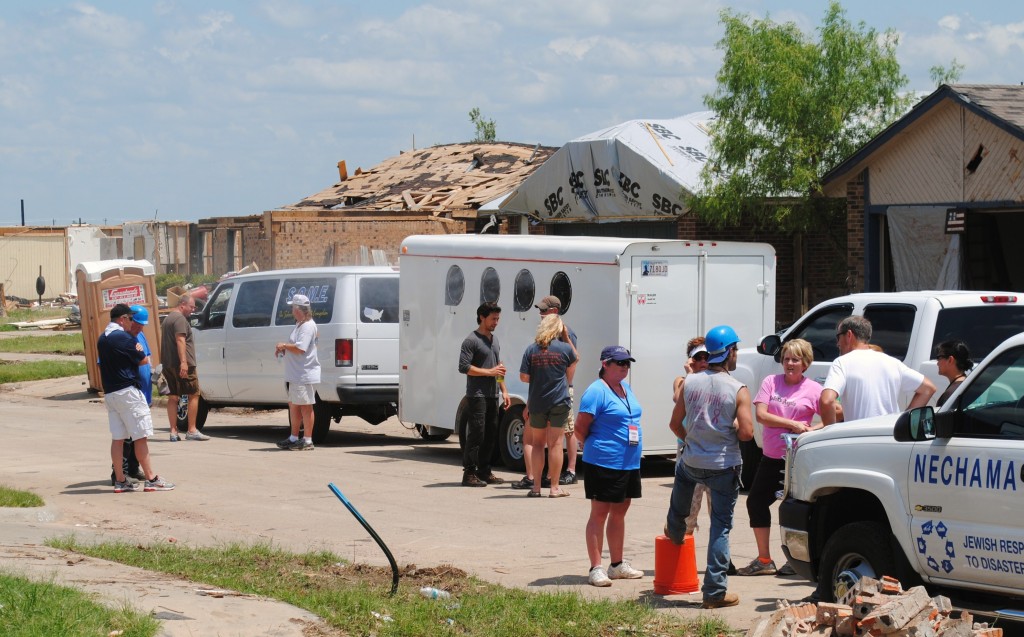 As we started to work on the back area of the house, the music abruptly cut out, interrupted by the following severe weather warning:

Even though the particular area we were working in was not affected by these storms, the announcement served as a reminder that the severe weather conditions were still very much a reality across the region.

As our assessment of the affected area continues, we will provide more updates in the coming days.