On May 9th, representatives of over 20 NGOs attended the “Post-Hyogo Framework for Action Civil Society Recommendation Proposal Workshop”.
PBV, JANIC and Church World Service (CWS) Japan organized the event in order to gather the experiences and lessons learnt from Japanese civil society groups post-3.11 and present a unified message at the Global Network of Civil Society for Disaster Reduction (GNDR) conference being held in Geneva this month. 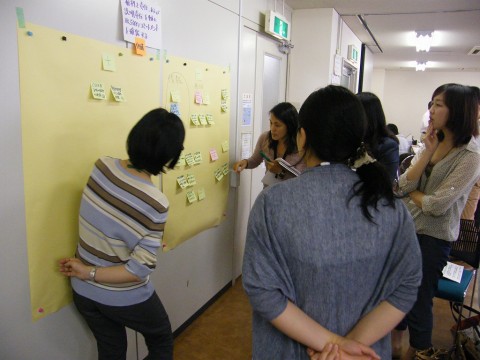 Masakiyo Murai, President of the Hanshin Quake Rehabilitation Center, started the ceremony with a warm welcome and thanked the many representatives for their attendance. 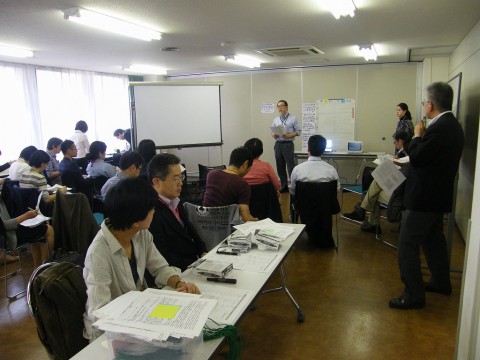 Given that most of the organizations involved in the Great Hanshin-Awaji Earthquake were not able to attend the GNDR conference in the Hague in March, it is crucial that their voices be heard this time, given their collective wealth of knowledge in disaster-related matters stemming from their extensive on-the-ground experiences.

The NPO law was introduced in the wake of the Hanshin-Awaji Earthquake in 1995 to encourage the formation and participation of civil society groups. However, even 10 years later in 2005, a clear role and set of responsibilities had still not been set out for NGOs/NPOs at a national and institutional level.
However, the impact of civil society groups was clearly felt after 3.11, when volunteers played (and continue to play) a crucial role in the relief and reconstruction efforts of the Tohoku. The UN-sponsored World Conference on Disaster Reduction will be held in March 2015 in Sendai, Miyagi prefecture.
This workshop is part of the extensive preparations being made for this conference, where Japanese civil society must stand up and have their voices heard. 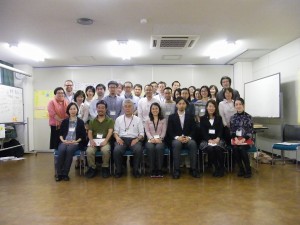 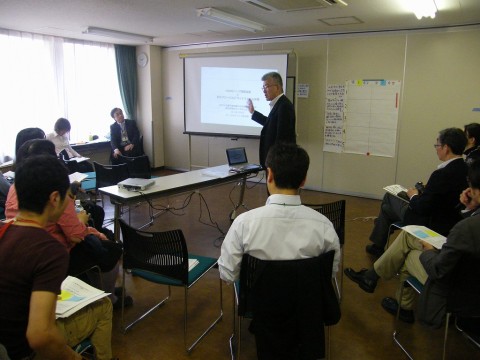 JANIC’s Makoto Tajima, the Chief Coordinator of the Taskforce for Disaster Response, gave a brief account of the previous GNDR meeting which took place in the Hague. 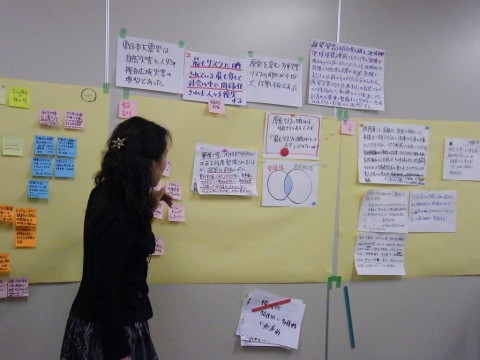 This workshop provided a platform for NGOs to incorporate their own experiences and lessons learnt into the proposal. 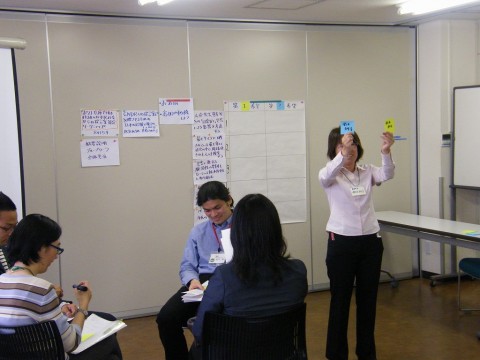 The FAJ (Facilitators Association of Japan) ran the workshop and split the participants into 3 groups in order to systematically and methodically process the vast amounts of information that emerged from the lively discussions. The ultimate goal of this process was to condense all of the information into one document. 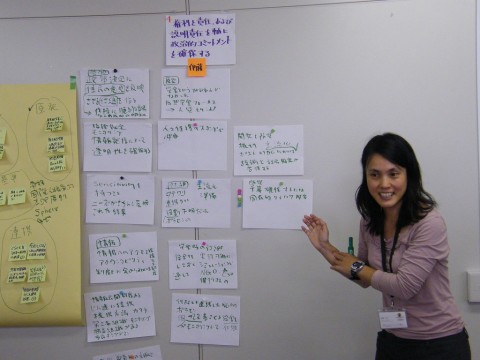 The recommendations which Japanese Civil Society Organizations wished to bring to the table, especially those appropriate for a global audience, gradually began to emerge as the afternoon progressed and eventually, all parties had a chance to have their say.

After all of this information has been condensed into one document, it will be reviewed by all relevant parties, edited and then translated into English before being presented to the GNDR.

The purpose of the conference taking place in Geneva is to gather the recommendations and proposals from Civil Society Organizations from all around the world.
PBV’s director Takashi Yamamoto will be attending this conference and will be helping to present the results of this workshop to the international community.