Youth Ambassadors from Ishinomaki City, Miyagi Prefecture joined the 80th Peace Boat Global Voyage this past fall in order to share their experiences and lessons learnt from the Great East Japan Earthquake and Tsunami. After their return to Japan, they held a debriefing session in both Tokyo and Ishinomaki, and visited the office of the mayor of Ishinomaki, who graciously supported their endeavor.

Youth Ambassadors were chosen by open application whereby applicants had to submit an essay and undergo a casual interview. The two selected from this process boarded the 80th Peace Boat Global Voyage from Yokohama on July 19th for an 85-day trip spanning 20 ports in 19 countries. On board, they held programs sharing their experiences of the Tohoku disaster, as well as numerous projects including making symbolic Tairyou-Bata (a type of bright, decorative flag used by fisherman to signify a big catch). They held similar events and activities in the ports-of-call, sharing with locals their first-hand experiences of the disaster and the current situation of the affected areas. 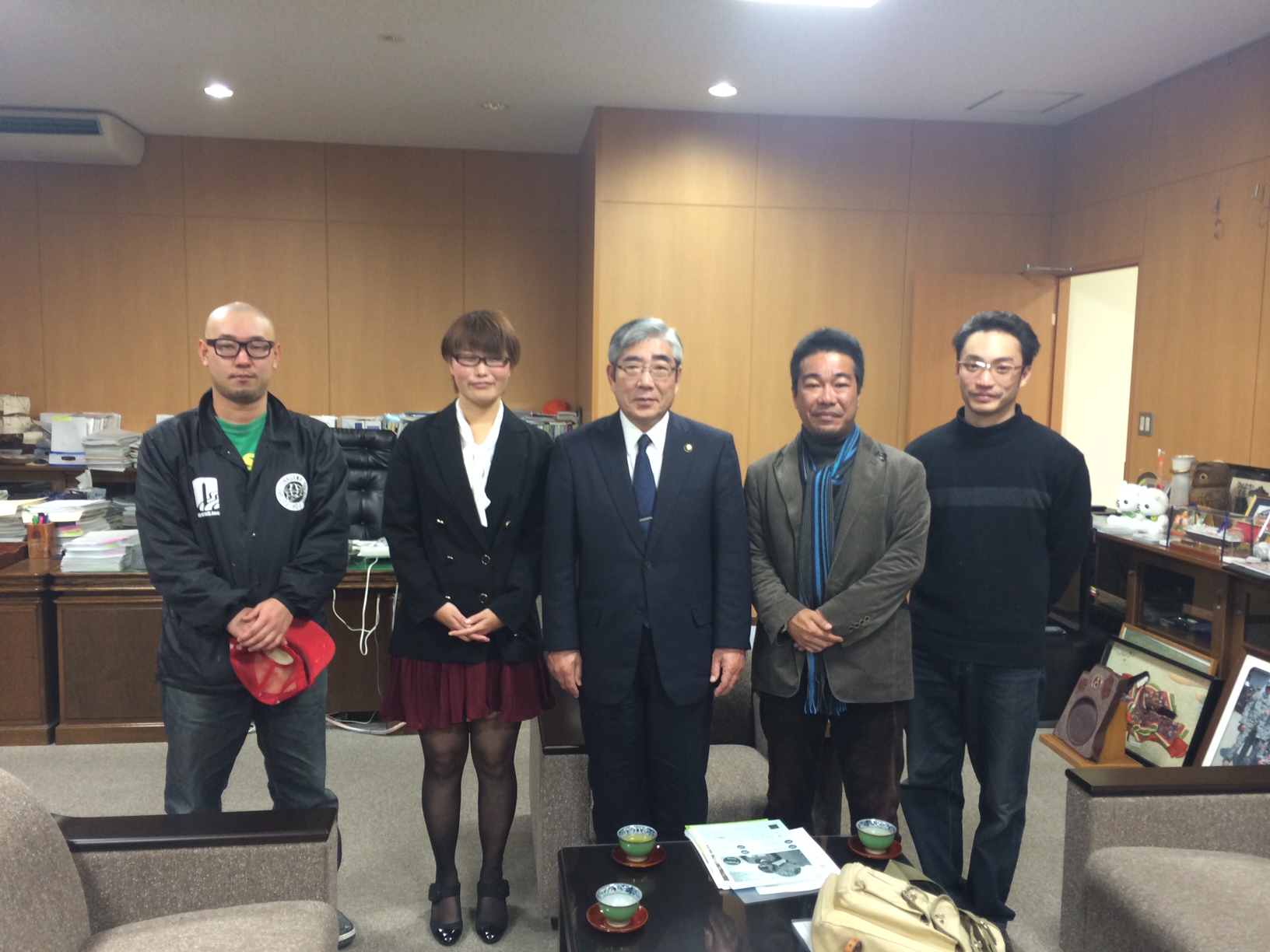 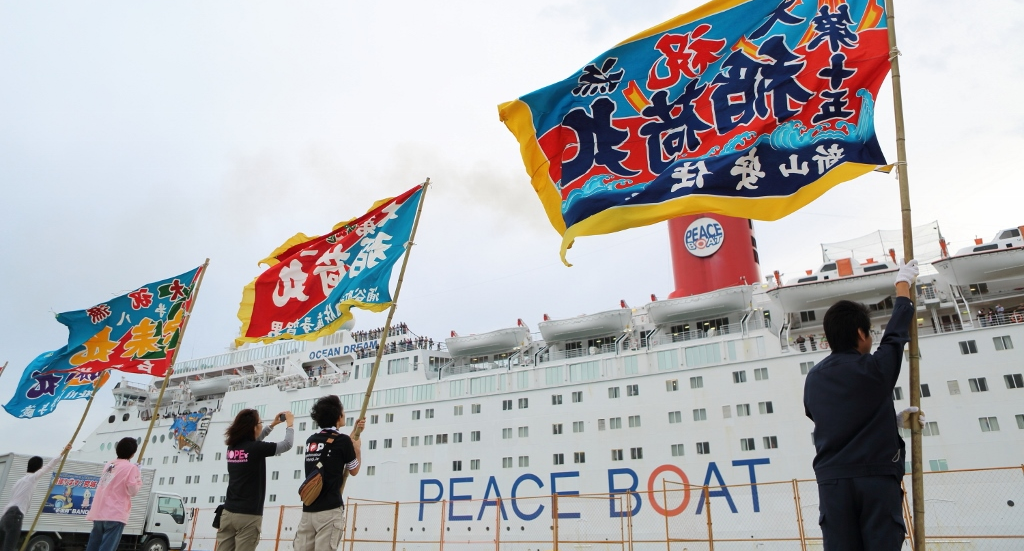 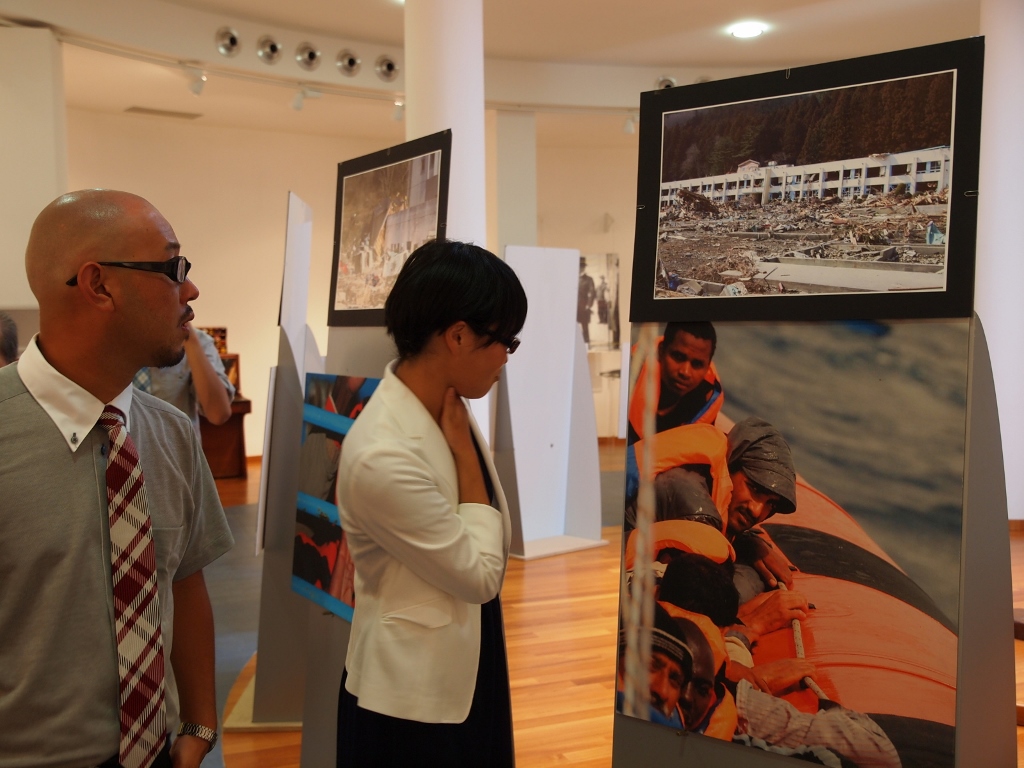 8/22 Civitavecchia, Italy; Civitavecchia, which is one of Ishinomaki’s sister cities, held a testimonial session where the two Youth Ambassadors shared their experiences of the Tohoku Disaster, and the current state of the region. Politicians, government workers, educators and others were in attendance.

9/11 Montego Bay, Jamaica; Testimonygiving event with the Montego Bay Boys and Girls Club. Since it was the monthly anniversary of the Tohoku Disaster, after the testimonial session they performed a silent prayer out to the ocean.

9/22 Manzanillo, Mexico; To commemorate the “International Day of Peace,” participated in the “Mexico-Japan peace and friendship festival.” Among the over 6000 participants included numerous governors, mayors, teachers and civil servants.

10/9 Ishinomaki, Japan; The Peace Boat entered Ishinomaki, the final port-of-call on the voyage, flying their Tairyou-Bata. On these giant flags were messages of hope from each country the Peace Boat had visited. There was a welcome ceremony put on by residents of Ishinomaki, Onagawa, Higashi-Matsushima, and Matsushima. The Peace Ambassadors also made a speech. After the ceremony, the passengers of the Peace Boat were shown around Onagawa and Ishinomaki.

The Youth Ambassadors also participated in many activities onboard the ship. (see activity reports Vol 1-7) 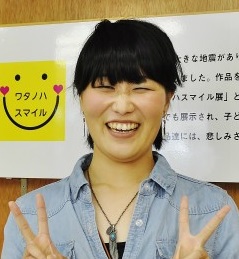 “Through this voyage, I was able to see my hometown from the outside for the first time. I used to hate my hometown – I didn’t know what was appealing at all. But after the Tohoku Earthquake, I was able to meet many people, and I began to realize that Ishinomaki has many wonderful people and interesting places. Through this trip, I was able to visit many countries, see many different regions, and connect to many different people by talking about Ishinomaki. By the end, I felt that it is possible to connect to places around the world through people. Even though I had never really traveled much before this, I was able to tell many people about Ishinomaki and through those conversations many people began to care about my town. In turn, through talking to people throughout my travels, I developed many friendships and connections to places around the world. Through this kind of exchange, I feel that regions far away can connect to each other.

There were many people that worked tirelessly to welcome us in Ishinomaki, whom I was able to  admire from the outside. Coming from a town that has such amazing people, I felt that I should gain more confidence to be able to say “our town is amazing, please come and visit!” Going forward, I want to keep striving to make Ishinomaki an even more appealing and charming place. 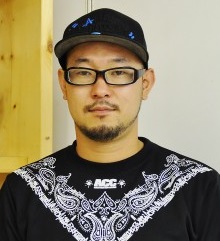 Of course the Tohoku disaster caused tremendous pain and hardship for us all. But from my experiences while working in a shop in Onagawa and focusing on the area’s recovery, I’ve seen there are many people really moving positively around me. These people are looking to build an even better Onagawa, despite the damage caused by the disaster. While the current status of rebuilding is important, I think we must note that people in Onagawa are moving positively, because I have strongly felt regardless of whether it is an earthquake or conflict, the power of people to try to recover is truly incredible.

I was able to confirm this feeling again in many different countries during the voyage around the world. I also wanted to share my own positive power. It was very valuable for me to have a place to share with people around the world my feelings for Onagawa – my town that I really love. Finally, I was also really happy to be able to show the passengers of the Peace Boat around Onagawa and to hear them say “It was fun!” and “I’m glad I came!”

From now, I will continue to have a base in Onagawa and continue my work. In my travels, I also saw that there are people that have it much worse than us. The fact that it is not only Tohoku that is going through hardship hit me very hard, and I will keep that reality in mind going forward.

I really want to thank everyone who made this voyage possible.

Thank you so much!