11 Years Since the Great East Japan Earthquake and Tsunami 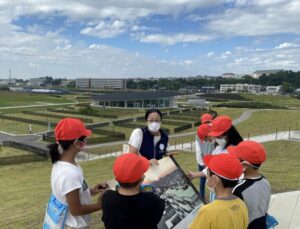 On this day we remember those whose lives were lost, and consider the journey taken by the people of the Tohoku region since the disaster. It is very difficult to find words to write on such a day.

This is because we are here today upon the accumulation of the many days since the disaster, and will continue again tomorrow and beyond. We feel like we are reminded by long-term partners in the city of Ishinomaki not to just take “311” as this one particular day.

The Minamihama and Kadonowaki areas of Ishinomaki, which were hit hardest numerous times by the enormous tsunami 11 years ago, have been neatly landscaped, and are now home to a memorial park. In the midst of young, newly planted trees now stands the Miyagi 3.11 Tsunami Disaster Memorial Museum.

A short walk from the park towards the former Kadowaki Elementary School is MEET Kadowaki, a facility run by the 3.11 Future Support Association. This centre is full of ideas for conveying the lessons of the tsunami in a way that is easy to understand for young children, and also includes a display of items provided by bereaved families.

It took a great deal of consideration and conflict for the local community to reach this point. Questions such as feelings about the sites where their homes were previously located; whether or not to preserve Kadonowaki Elementary School, where the damage is still fresh; and what kind of place the memorial park should be can not be answered easily.

With this in mind, we spoke to Fujima Chihiro of 311. Future Support, who moved to Ishinomaki from outside the prefecture and has continued to work with the local community to pass on the experience and lessons of the disaster. 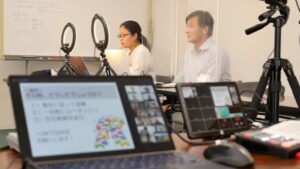 “The local people who share their experiences are not professional ‘storytellers’, they are just ordinary men and women,” says Fujima.

In 2011, local staff from the Ishinomaki Disaster Recovery Assistance Council (the predecessor of 3.11 Future Support, which coordinated the reception of aid groups) began to speak about their experiences of the disaster to supporters and other visitors coming to the affected areas from outside the prefecture. The circle of storytellers gradually expanded through local networks. At a small museum that has been in operation since 2013, sometimes locals would visit the exhibition and naturally start to tell their stories. On such occasions, Ms Fujima approached them and invited them to also join.

It is not easy to suddenly be able to share your experience.

Such communication can involve a process of breaking down terrible experiences, memories you don’t want to remember, and regrets that stick like needles, and putting them into words. Ms Fujima begins by spending hours listening to the experiences of the would-be storyteller. Thinking together, they formulate the experiences and thoughts that the person most wants to communicate. The raw experiences are then transformed into lessons.

“Why did I go back then… But, anyone might go back. There were still lots of people looking at the river, at the sea, lots of people going back and sorting out their houses… I felt like things were okay.”

“’If I’d had the right information, I might have acted differently. I didn’t have the radio on all the time, I was only working with the first direct information. I didn’t follow it up and find out how high the tsunami was, or how it just kept building up and building up.”

“’I lost both of my parents. Life is very important, so I want you to live in the present. If you live far away from your family, get in touch with them and tell your loved ones what they mean to you.”

Those that give their testimonies say, “We do not want anyone to go through the same experience. So, we really want people to know.”

Speaking and listening has a mutual effect

As they share their experience several times, their words gradually change. They are influenced by the questions and concerns of the listeners.

“How have we changed after the disaster? This is what I want to learn.”

This is quite a challenging and sharp question. Ms Fujima and the storytellers thought about it as they continued their dialogue.

“At the time, I said, “Run!” but people did not believe or listen to me… I have been wondering why my voice did not resonate. Maybe at that time, I wasn’t involved enough in the community to be trusted by people. After the disaster, I joined the neighbourhood association and started community activities such as picking up rubbish, maintaining flower beds and driving the elderly. I hope I am becoming a trusted person in the community, so that if I have to say “Run!” people will believe and listen to me.”

By responding to requests and questions from listeners, both the storyteller and Ms Fujima herself say they have deepened various ideas, and are influenced by the listeners as they weave their words.

‘Telling the story of the disaster is not telling a scary story. I believe we are telling positive stories for the future. I don’t think we need to listen to the stories in a fearful, heavy or defensive way. If you live in Japan, disasters are bound to happen. But even if they do, I want to be able to say amongst ourselves, ‘I’m glad that everyone survived’.”

“I don’t feel that there is anything that you shouldn’t ask. The people who are sharing their stories, would not want someone’s life to be at risk when a disaster occurs because they refrained from asking a question. I always tell the people who come to listen that even if they can’t ask now, they can always contact me later. This is because there is a chain of influence, between the person sharing their story and the person listening. I believe that this can also lead to lives being saved later on.”

Encouraged by Ms Fujima’s words, which connect both those sharing their stories and those listening, we are encouraged to once again visit Ishinomaki.

Today and tomorrow, both communicating and listening will continue. 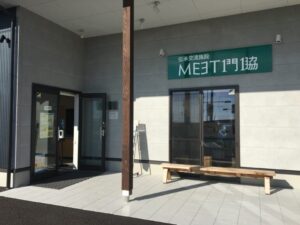 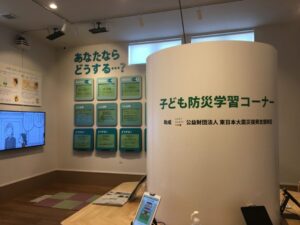